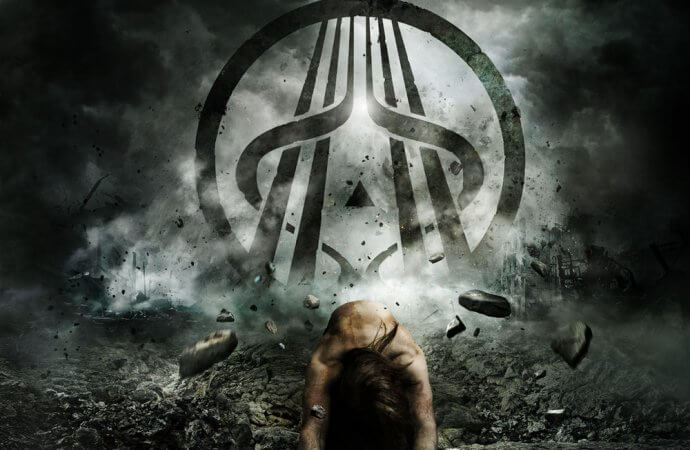 A stunning return from these power metal veterans...

This far into their career – they formed in 1995 – Melbourne’s Vanishing Point can be relied upon to uphold their musical legacy with each release they put out. If you are already a fan of the band you’ll have a fair idea of what new release, Dead Elysium (their first in six years), is going to sound like. However there’s a fair chance you’ll be blown away with just how fresh, how revitalised the band sounds on this new album. It was always going to be great to have the band back, but in this form? well, that’s an added bonus most of us could only have dreamed of.

The first thing you’ll notice about DE is just how huge the band sounds. This is a world-class production, with Silvio Massaro‘s timelessly brilliant vocals front and centre in a crystal clear mix that allows every instrument time and space to be heard whilst also packing the sort of punch you’d expect only from the biggest names in the prog/power sphere. Opening track Dead Elysium stakes the band’s claim from the get-go, a heavy power metaller that only hints at the breadth of ambition to be found within the following tracks. Count Your Days is melodic and inspiring, and possibly the closest this band will ever come to penning a pop metal tune. That’s not the term ‘pop metal’ being used in a derogatory way, by the way – merely a descriptor for the supreme melodicism the band employ to push the track forward.

To The Wolves is perhaps more what you might expect from Vanishing Point in 2020, state of the art power metal with a symphonic flourish that not only guilds the lily but burnishes it to a retina-threatening gleam. Salvus, the track that follows, is an inspiring and uplifting track that allows the band to explore it’s more progressive instincts, and comes with another earworm refrain come chorus time. It’s a nigh-on perfect amalgam of all of the best weapons in Vanishing Point’s locker.

Guitarists Chris Porcianko and James Maier have worked together in VP for eight years now, and it’s their partnership that joins the voice of Massaro as the rock on which everything that is good about the band is built on. As a trio these three pretty much define the Vanishing Point sound, as evidenced well on next track The Fall; here Massaro gives one of his most commanding performances whilst Maier and Porcianko demonstrate their versatility as the track veers between full-on power-prog mayhem and delirious melodic rock nirvana, the track turning on a dime several times thanks to the changing moods of the playing of the two guitarists. Not for the first time you’ll feel the hairs on the back of your neck standing to attention as the guitars weave in and out of one another on the intro.

Free is ushered in by some solid double kick from new drummer Damien Hall (the band has a new rhythm section for this record, with hall accompanied in the engine room by bassist Gaston Chin); it’s one of the more straightforward tracks on the album, but once again features stellar playing from all concerned, not to mention probably the best guitar solo on the whole album. Next track Recreate The Impossible carries on in much the same vein; drums batter, keys parp and vocals soar (augmented by a female vocal presence in the second half of the song), again backdropped by the impressive guitar arsenal of Porcianko and Maier. These two tracks form the bludgeoning heart of the album, giving it the solid seed bed from which the rest of the music flourishes.

Next track Shadow World is a glorious piece of symphonic power metal, pure drama in musical form. The jagged stabs of the intro soon give way to a brooding Massaro vocal, before the song explodes into another grade ‘A’ chorus; For this reviewer’s tastes this is the band at their absolute apogee; fiery, punchy, and to the point. The song’s impact is only enhanced by it’s concise delivery, with every instrument in the kitchen-sink mix getting it’s chance to help drive the nail home. It’s one of the best tracks of it’s type you’ll hear all year, make no mistake, and it’s a track you’ll find yourself returning to time and again as your relationship with Dead Elysium develops. A winner!

The final brace of tracks, The Healing and The Ocean, revert to the more progressive style again; the former features some nice chugging guitar underpinning florid keyboard touches at it’s outset before settling into an uptempo groove whilst the latter again delights the ear with the application of yet more melody fused with crunching guitar, agile percussive force and the sort of superior song writing it’s been a joy to be reminded of on returning to the music of Vanishing Point after such a long layoff.

In summary, it’s hard to put the finger on a single weak point in the construction of this album; if well played melodic metal pleases you as it does me, it’s hard to see how this record will miss out on your top five record releases of 2020. Exciting stuff!