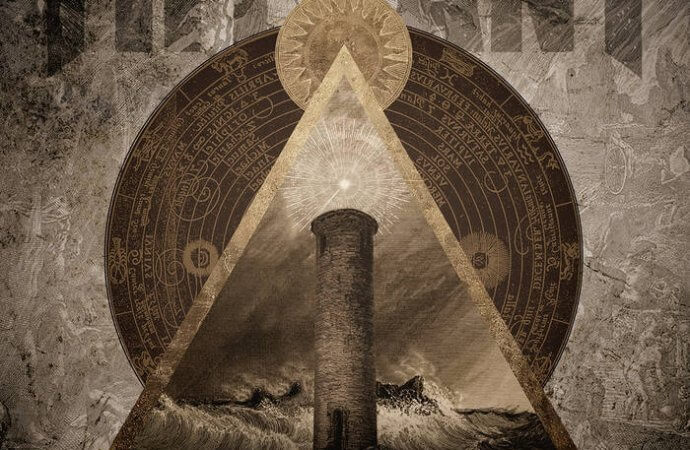 Andalusian progressive deathsters Thyrant have put together a super sophomore album in the shape of Katabasis, an album which shows real, tangible progress from their first full-length release, 2015’s What We Left Behind…

Everything is bigger, brighter and better than it was before on the new record, not least the impressive vocals of new singer Ocram, who gives a self assured performance across a wide variety of styles and moods. He’s not the only player in form, however; bassist Rubens Oliver marks himself out as one to watch throughout, providing colour and tasteful accompaniment wherever it’s called for. His playing at the end of the album’s standout cut, Black Oceans, is particularly impressive, but Oliver himself owes a debt of gratitude to producer Martin Furia, whose clear instrumental delineation means that each instrument finds space in the mix to shine.

The album, a concept piece, consists of five main pieces interspersed with three connecting instrumentals, and finds the band establishing their ‘prog’ credentials on opening track Face The Thyrant – where glimpses of King Crimson and Pink Floyd become briefly apparent – before quickly moving into far more metallic waters, in the process cementing a place for themselves in the doom-death scene somewhere between the older, pre-calming down works of Opeth (Ephemeral Lighthouse especially carries the mark of a younger, angrier Mikael Åkerfeldt)  and the grinding, bleakly desolate doom of Tryptikon (Black Oceans).

Katabasis isn’t the finished article, by any means – the band needs to come up with a few more solid tunes without the little segue pieces  in this reviewer’s opinion – but what it does do nicely is set this iteration of the band up to make the next move up the doom/death league ladder. They clearly have the chops, and with a little more oomph in the songwriting department there is absolutely no reason why they can’t begin to mix it with bands of the calibre that I’ve mentioned elsewhere in this review in the future. A big step forward, then, but most importantly with the power to add.