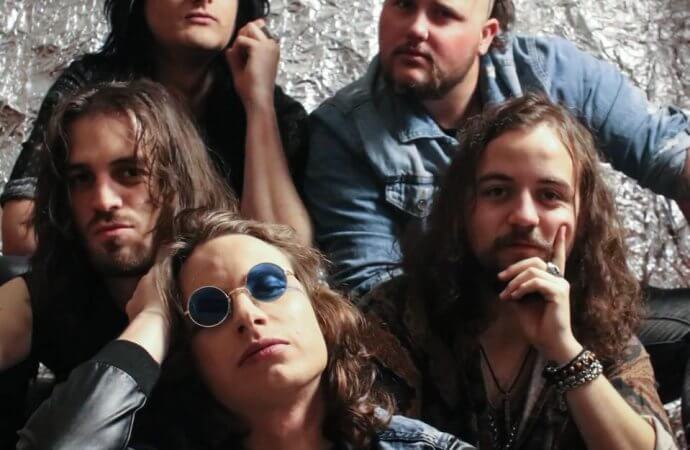 Two new and one not-so-new acts for your delectation this month... 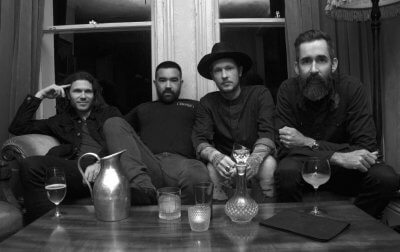 Hunt and ye shall find! Introducing Melbourne’s Hunter Hero – a brand new band for your ears. Featuring band members from two of Australia’s finest rock acts, Hunter Hero brings both riff and melody to the forefront. With legacy abundant in the group, but with an eye firmly on the future and new sounds, Hunter Hero are here to stay.

This week they are presenting their debut track to the world – Better View – watch the promo clip for the track below!

Hunter Hero is Zane Rosanoski (drums) and Pete Williamson (guitar) both from the band Mammal who have teamed up with vocalist Rob Farnham from the band Rival Fire. Rounding out the group is their great friend and international session musician Darryl ‘Daz’ Coppins (bass). Daz has spent plenty of time abroad touring Canada and the US with bands such as Sound & Fury and Fefe Dobson.

Hunter Hero is all about positive energy and friendship with four like minded souls coming together for the creation of music that helps them navigate this world/life which hopefully will in turn inspire and help others.

Hunter Hero are excited to release Better View to the world. Produced by Tyson Fish at The Alamo in Melbourne and mixed/mastered by Forrester Savell, the track is three minutes of ripping riffs intertwined with the soaring hooky vocals of Farnham. The hope with this new track is that lyrically, it lifts people up even when things seem like they are at their darkest place. 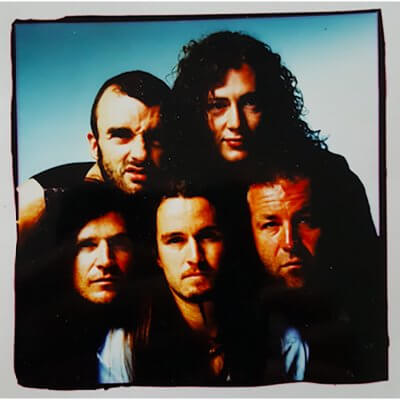 Horsehead are Australian Rock Royalty. Pure and simple. Spawned as grunge was kicking into overdrive, Horsehead rose to the top by bucking the trend and producing high octane Stadium rock infused with seventies overtones and with a gentle nod to their current day contemporaries.

If you were lucky enough to see Melbourne’s Horsehead sometime between 1992 and 2000 there are chances, you’re a ‘’Horseheadonist’’ – an affectionate term for the band’s most passionate fans. As Rock Historian Ian McFarlane (Author of The Encyclopedia Of Australian Rock and Pop) notes: “Everything was delivered with great force and conviction.’’

From showcase gigs for Madonna in the US, meeting in the studio with Mike Fraser (AC/DC, Aerosmith, The Cult), and Sylvia Massy (Tool, Red Hot Chili Peppers) to working with the legendary Australian producer Tony Cohen, it was a remarkable trip and one not to be forgotten by the band or their loyal fanbase.

The band also shared management in the U.S. with Kiss, and toured with Metallica, Live, Alice Cooper, The Angels and Midnight Oil. Add to this; three acclaimed albums – 1993’s self-titled set, Horsehead, 1996’s Onism and 1999’s Goodbye Mothership – and one EP, 1997’s The Golden Cow Collection was all wrapped up in a whirlwind but highly successful career.
Horsehead wrote their first single, Oil and Water, about their initial American experience. Art and commerce: some things don’t mix.

Fast forward to November 1st 2019: the Horsehead legacy is being lovingly preserved by Golden Robot Records with the pre-order and pre-sale of the Legacy Boxset on Vinyl for the first time (seven albums spread across twelve coloured limited edition vinyls) including Electric (lost and rare recordings), Sharking (Live) and Other Sides (B-sides and gems) plus the original albums and a swag of extras including a twenty four page booklet and tote bag (A Tote Bag? count me in! – Ed)..

The Legacy Boxset will come in two different versions with one being a “Superfan’’ version. All original five Horsehead members are involved with this project to finally put a nice big bow around their incredible legacy and history.

Horsehead (with all original members!) will be doing a ONE-OFF special show at The Corner Hotel in Melbourne on February 1st, 2020. 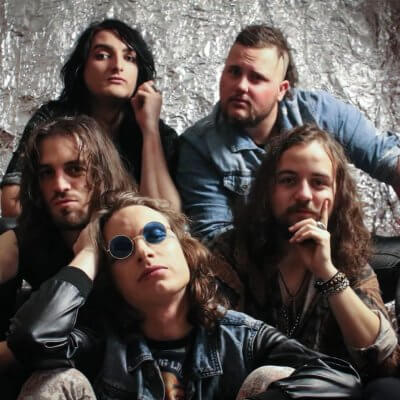 Melbourne renaissance rockers White Devil Detroit – who describe themselves as having their “hands in a bunch of different hats combining the hard edge of bands like the Sex Pistols and Judas Priest with the nihilism of Eric Andre and the surrealism of Salvador Dali and everything apart and in between. Its alchemy. A musicalchemical, visualchemical rock n’ roll show”, have just unveiled the video for their sophomore single Guillotine. The video is a surrealistic, nihilistic, balls to the wall rock n roll film clip reminiscent of the late eighties and early nineties alternative bands like Jane’s Addiction and Alice In Chains. It’s like the cast of Jackass on the set of The Mighty Boosh with viral appeal and the song itself is an absolute banger that has a hook made for heavy rotation on rock radio stations.

Guillotine is the second single off of the upcoming debut EP Stay Calm, It’s Only Napalm which is going to be released early 2020. The band will also be announcing the dates for their A Shroud Of Tourin’ Tour in December via their Facebook page.

Says Sentinel Daily editor and all round grumpy old man Scott Adams: “Good God. It’s very, very rare that my salivatory reflex is triggered by anything even remotely ‘new’, or, even worse, ‘modern’; but blow me if Guillotine isn’t the most downright exciting piece of music I’ve heard from an Aussie outfit since Hell City Glamours made me soil myself a decade ago… this is, in a word, GLORIOUS!”

See if the old curmudgeon is right by feasting your eyes and ears on the clip below!