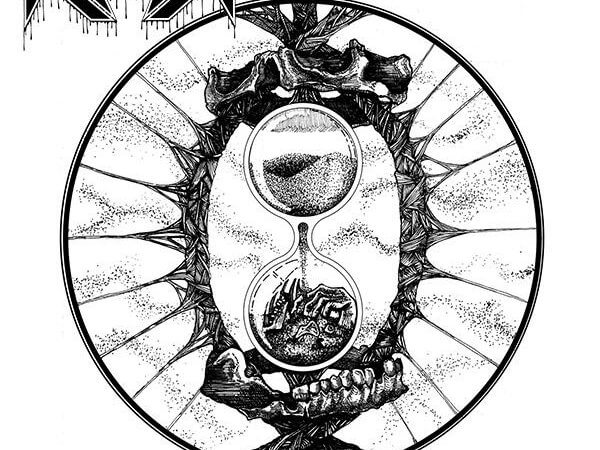 I remember my first introduction to thrash metal. I was fourteen years old and loved bands like Whitesnake, XYZ, Van Halen, Judas Priest and Iron Maiden — you know, the real ‘heavy’ shit. My best friend, Matt, who was a year older and had a driver’s license, took me to a house party where a live band was performing. I don’t remember the name of the band, but they had a big pentagram backdrop behind the drum kit — and they did NOT sound like Whitesnake. Matt immediately split as soon as we arrived (to hook up with one of the female party-goers), leaving me standing there – in a cloud of pot smoke – witnessing some of the most ear-lacerating, evil music I had ever heard up to that point. Thrash was really scary back then.

As time went on, much of the thrash had eschewed the dark sound, along with the occult imagery. A lot of thrash bands started wearing shorts and smiling a lot. But bands like Chile’s Ripper don’t wear shorts, plus they carry a torch for that underground sound while simultaneously moving it forward.

With their upcoming EP, Sensory Stagnation, Ripper serves up a thick slab of aggressive South American thrash that occasionally drifts into proto-death metal territory. At just under twenty minutes long, what Sensory Stagnation lacks in running length is more than made up for in musical substance; second track, The Unreal, has enough riffs alone for an entire Flotsam and Jetsam album. The guitars are thick and chewy sounding, with an element of lo-fi that adds some crust to the already vicious riffs of guitarists Daniel Poblete and Patricio Spalinger.

Ripper’s sound does have a retro thrash vibe thanks to the guitar tones and the early Chuck Schuldner-like snarl of Spalinger’s vocals, but they go beyond that label by introducing elevated technicality and progressive arrangements. The multiple snap tempo changes within each song are handled admirably by drummer Nicolás Villanueva, and Pablo Cortés is one of those rare bassists that play a more pronounced role in their bands – if Steve Harris and Steve Digiorgio shared a ride in the teleporter from The Fly, the result would probably sound like Cortés – but it would still look like Jeff Goldblum.

Sensory Stagnation is out on September 30th.