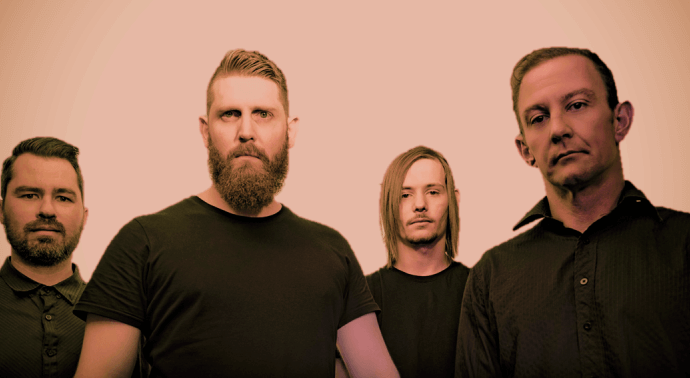 Brisbane hard rock/metal newcomers Pavilion are today announcing the imminent and explosive arrival of their brand new single Hellfire! The four-piece outfit are unleashing the single into digital stores and streaming platforms today (Friday July 12). As an added bonus they are unveiling the film clip for their debut track, which you can watch below!

The video was filmed in South-East Queensland’s hinterland and was shot and edited by Third Eye Visuals, who are also responsible for film clips for tracks from Parkway Drive and In Hearts Wake, as well as promo videos for Tapestry, Justice for the Damned and more. The outfit perform the hard-out track surrounded and seemingly engulfed by fire.

At the end of 2018, Pavilion recorded this track among others yet to be released at Arcadia Recording Studios in Eaton’s Hill with engineer Gareth Hargreaves.

Vocalist Peter Muldoon mused on the meaning and themes of the fiery track. “This song explores the guilt and remorse associated with one’s actions through the adoption of heaven and hell. The ideology that sins must be paid for illustrates certain and familiar imagery for the listener.”

“The particular action in this song is left undetermined, allowing the listener to create their own version of sin and adapt the song to their own lives. Whether or not you are a believer of the afterlife, all actions have their consequences.”

The quartet are also today announcing their single launch shows – The Hellfire Tour! They will hit hometown Brisbane at Woolly Mammoth in the Fortitude Valley on Saturday August 17, alongside heavyweights Valhalla Lights, Void Matter and Zero 1 Zero, with tickets available now. September will then see them head below the border into New South Wales for a show at Sydney’s Crowbar on Thursday September 12 and then into Newcastle on Saturday September 14 at Stag and Hunter!

Formed by vocalist and guitarist Peter Muldoon and guitarist Michael Fabricato, Pavilion take influence from heavy rock and alternative metal to create a sound of their own. Their structured combination of riffs, solos, melodies and drops creates a unique style that enables them to engage with a variety of audiences.