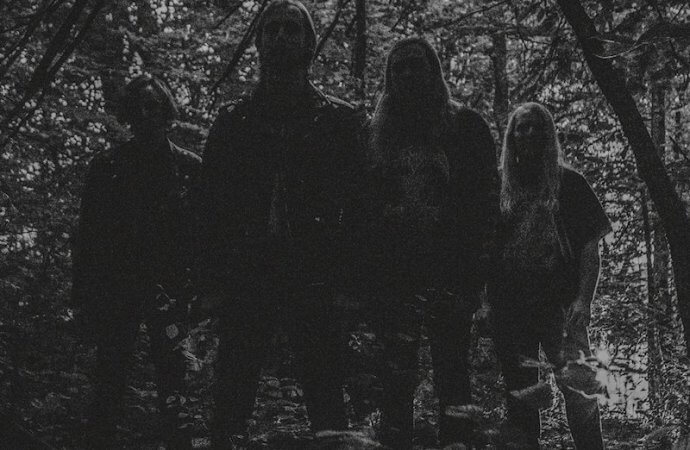 Filth-encrusted death metal from the States...

Hailing from North Dakota, Phobophilic undoubtedly look to the past and present for inspiration, but Undimensioned Identities is a tilted and deranged-enough variant of old-school death metal that it’s clear the four-piece are more focused on looking forward than backwards. Propelled by protean and corkscrewing riffs, the four tracks here are crafted with methodical precision, evoking majestic Lovecraftian horrors and creating cataclysmic maelstroms of madness and rot, while delivering a skilfully enunciated performance with a detailed production that never slips into the brackish sonic murk that’s typical of newer bands schooled on the seminal Incantation sound.

Of course, we’ve been listening to the record here in the Sentinel Daily office; or more accurately our resident sewer rat Michael Stronge has. Here’s what he had to say about Undimensioned Identities: “A demo, you say? Well, you could blow me down with a Creeping Death promo, because the sound these boys have achieved on UI is, frankly, gargantuan. You’ll still be piecing together your mulched innards a full week after first exposure to tracks like Subterranean Miscreation; in fact the only actual, fully-formed gripe I can think of regarding this precious little nugget is the fact that it only contains a measly four tracks. They’re all coruscating corkers, mind, so let’s just hope that the boys are able to get back in a studio quick-smart in order to give us the full-scale aural kicking we so desperately crave…”

We think he likes it!