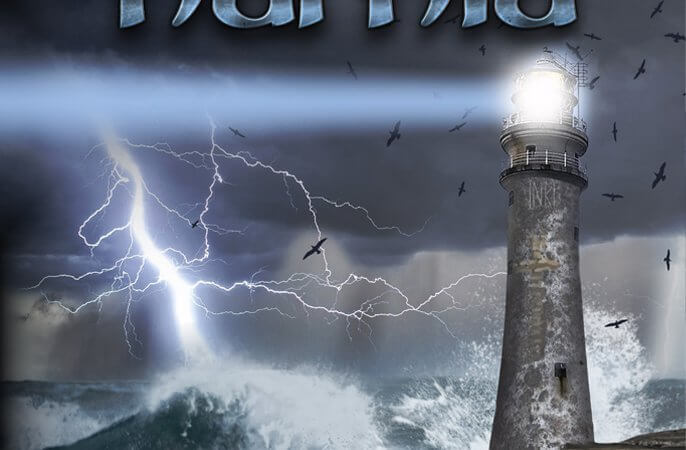 The sound of a band's sonic maturation process in full effect...

Euro power metal veterans Narnia don’t actually do much power metalling anymore. On From Darkness to Light, their new album, the band settle for a more assured, less bombastic metal/hard rock sound for the most part, in the process delivering music (especially on the excellent Has The River Run Dry) that is more in line with latter day Europe than, say, HammerFall.

Indeed it’s not until track four, the catchy Armor of God, that anything even resembling power metal snags the ears. It’s excellent to hear guitarist CJ Grimmark unleashing the Yngwie-styled solos here, complemented by the parping keys of Martin Härenstam and the trundling double kick attack of Andreas “Habo” Johansson. I say trundling because even here the band don’t seem to be overly keen to go hell for leather; polite is probably too harsh a term, but this is symphonic power metal at it’s most restrained. Impressive, yes… dangerous – no.

For the most part the band have decided that where they work best in 2019 is on mid-paced, anthemic hard rock. The strident Christian metal of MNFST is probably the best example of this on FDtL… simple, beefy riffs pound out of the speakers with limited keyboard embellishment, the band relying on the strength of the melody to get the message across rather than a blitzkrieg of technical virtuosity. Luckily vocalist Christian Rivel-Liljegren has the pipes to carry out his role in this state of affairs very competently indeed.

Narnia aren’t breaking new ground on From Darkness to Light, but neither are they content simply to revisit former glories. There’s some serious talent in this band – have a listen to the superb The War That Tore The Land for further proof if you need it – and if you seek nothing more than to listen to well-written heavy rock performed with sincerity by skilled artisans then you’ll have a fine time with this album. I always enjoy listening to masters at work, and CJ Grimmark and co. certainly give a masterful set of performances here – even if they aren’t quite as metal as they used to be.

From Darkness to Light is out now.