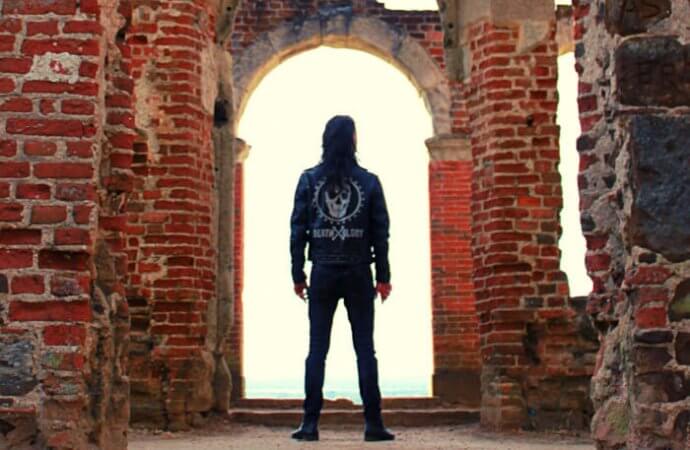 Spirited hard rock from a London-based one man band...

Maidens of Mercury promise a debut EP choc full of melodic hard rock/AOR that evokes memories of names like Journey, Styx and Asia in the press release that comes with their album. Or possibly their PR people do. Whoever was responsible, they’ve done MoM a grand disservice because of course they don’t sound like any of those artistes.

This isn’t a band at all – everything is played and sung by one man, the extraordinarily talented Matt Young. It’s a lockdown recording. And the four tracks on offer show a hell of a lot of promise. But AOR this ain’t, let me tell you!

Rather, it’s chunky hard rock, well played and competently sung (of which more later). Opening track The Messenger is actually a very modern-sounding take on classic hard rock, similar perhaps to the last three or four Europe albums. Best track Before the Madness is closer to Euro power metal, full of melodic parping and housing a great guitar solo from Young.

The balladic Slipping Away is a magnificent song, building from a sort of seventies prog feel a la John Miles before exploding thanks to another incendiary slice of guitar playing from our young hero. It wouldn’t seem out of place on a Cats In Space album, which is high praise indeed from this writer.

The same could be said for the last ‘proper’ track on the EP, Life, which again seeks to fuse the pomp rock of the seventies to the bombast of the following decade. Again it’s well put together, and superbly played, but here comes the rub – Young’s voice. As a demo singer, he fulfills a role. But unfortunately, given the extreme ambition of the material here, he’s not quite up to the task as a lead vocalist. A Perry, DeYoung or a Wetton would have eaten these songs up, but as it stands the listener finds themselves thinking ‘what might have been’ throughout this EP, which is a shame.

The EP finishes with a reprise of opening track The Messenger, featuring some impressive organ work, reminding the listener just what a talent Matt Young is. Now, if he could find a throat to give his superb music the finishing touches it deserves, we could be on the verge of unearthing something very special indeed. Watch this space!

The Life EP is out now.