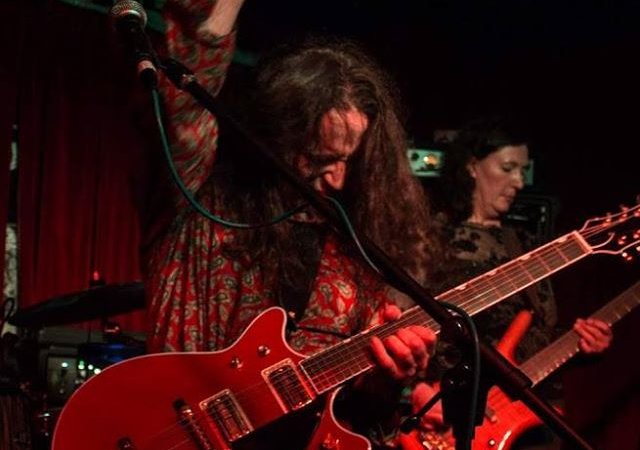 Hello Mr Agius and a warm welcome on your first visit to Sentinel Daily as one of the Pilots of Baalbek! It’s good to have you along… Now, ss the world writhes in the grip of Covid-19, there’s a better-by-the-day chance of the general population of the planet being put into lockdown. Which five classic albums are you planning on giving a good listen to when the unthinkable happens, and why? “MC5 – Back in the USA, because its such an up beat, crucial rock n roll album, The Sweet – Sweet Fanny Adams. Mostly known for their bubblegum pop, this album has some hard rock awesomeness! Next would be Metallica‘s Kill ’em All – Some classic thrash to shake off the blues. AC/DC‘s Powerage which is just brilliant in all respects. Finally New York Dolls – New York Dolls. Sleazy rock n’roll always puts a smile on my face”.

And mine too! That’s a very nice selection you’ve put together there! You’ll have a lot of time on your hands even after repeated spins of those old faves – any new bands you’ve heard about that you’ll be able to lend some ears to? Who is on the up-and-up in your opinion? “Italy’s Giuda, They have absolutely nailed the seventies glam feel and sound and I just love them . They are huge influence on Pilots of Baalbek. For an introduction I recommend the single Rock N Roll Music”.

Thanks for the tip – top stuff! How will you otherwise handle the comparative solitude? Do you write music on your own well? Or do you need other musos around to catch the spark? “I am a solitary writer, I prefer to do it that way and have better results all the time. I am not comfortable trying to write with more than one other person at a time so it wont bother me”.

Away from music, what books, podcasts or TV do you recommend to while away a few quarantined days? “I am really into ancient cultures and alternative theories to our existence. Any book by Graham Hancock – I would recommend Fingerprints of the Gods. For TV watch Premier Guitars‘ Rig Run Downs on Youtube”.

There is a lot of comment on social media about the damage being done to our industry by the virus and its attendant countermeasures – how do you see ways to fight this situation working? What, for instance, do you think of playing shows for the internet and hoping fans throw a few coins into the hat via paypal or gofundme, etc? “I’m down for any sort of Web attended gigs but I fear it will become the norm and people will get lazy. Pilots Of Baalbek had to cancel our Album Launch last week due to virus related matters , so we have decided to make a video clip instead. We’ll keep jamming as long as we can until this blows over”.

I guess that’s all any of us can do at this moment in time. When it all dies down, what plans loom on the horizon for you? “Get out on the road with Pilots Of Baalbek and launch our album, release a new EP with my other band The Levitation Hex and get back to gigging. I never take shows for granted but now I am just going to be super grateful for being able to perform”.

Will rock n’roll be the same after the scare recedes – are there any lessons for the music industry to take from what’s happened so far and implement for a better tomorrow? “As crowd attendances for local shows are in decline I think small fifty to one hundred seat venues like The Hideaway Bar in Sydney are the future and a return to backyard party gigs will let the whole scene start fresh and build”.

A nice idea… Anything else you’d like to say to our readers at this difficult time? “Hey guys for some Rock n’Roll check out Pilots Of Baalbek HERE – download and make a donation or buy the CD. For some juicy metal check out The Levitation Hex HERE – Cheers and stay safe!”