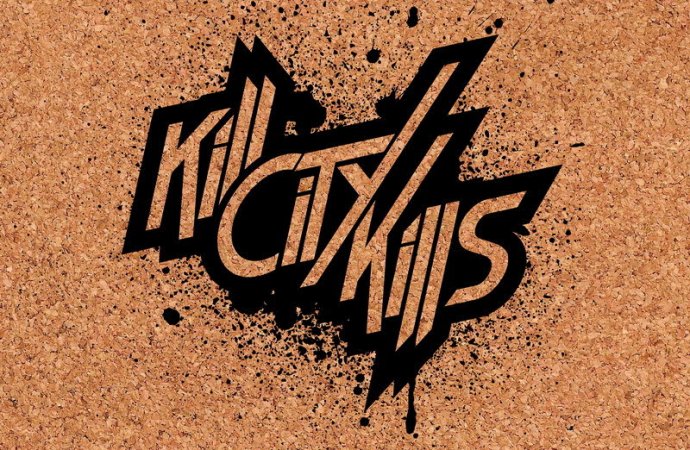 A long way to go yes, but this is a great starting point...

Originally recorded last year, Russian trio Kill City Kills are finally getting their debut EP out and about internationally via the good offices of Sliptrick Records, who clearly know a gift horse when they see one. I’ve been enjoying this little slab of hair metal retroactivism for a while, now – although not as much, I think, as Mrs Strickmann, who is quite taken with these pretty young lads – and, despite their painfully cliched name, they’d appear to have an awful lot going for them if they can improve upon their current course.

Basically – and I’m aware that they’re a three piece but stay with me on this one – what we have here is the Russian Crazy Lixx. So whilst these boys clearly recognise an irresistible hair metal hook when they hear one, the biggest problem they are encountering at the moment is that most of them have already been used by Danny Rexon and his band of merry men… this isn’t an insurmountable problem, of course, it’s just that you really can’t listen to the best track here – the slamming Sin City – without mental images of da ‘Lixx flickering across your mind.

Still, this isn’t a bad problem to have, and Crazy Lixx are just about the best idols to have if you’re an aspiring young melodic rocker. You gotst to have the chops to pull it off – and these guys undoubtedly have – so if they can inject just a little more of their own personality into proceedings (especially vocalist Ellis) then Crazy Lixx might actually have a serious rival to worry about rather than just a bunch of acolytes to smile at indulgently. Watch this space for sure, but equally don’t let my mythering stop you from investing in this neat little hard rock nugget – it’s well worth a few quid of anyone’s money.

Straight From The Heart of Nowhere is out on August 6th.