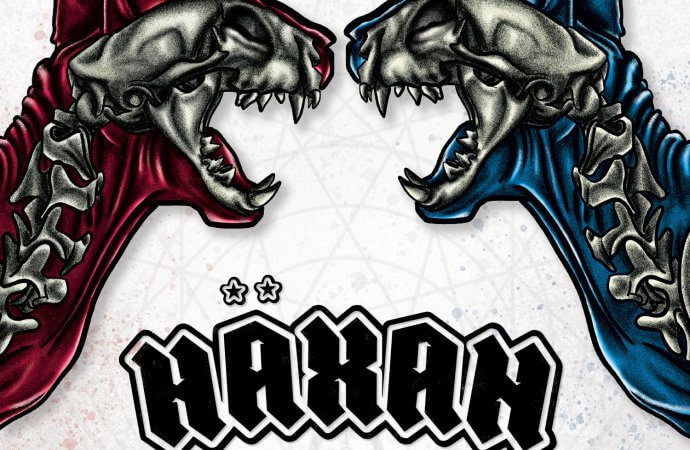 The best Welsh power trio since Budgie? Quite possibly...

Welsh power trio Häxan have made quite a name for themselves over the past couple of years, snaring some prestige slots at places like Download and with names like Status Quo; Live prowess is one thing, however – can these three girls hack it in the studio environment?

The trio format leaves nowhere to hide, either for lazy or incompetent musicians. It’s the very essence of the team, with each instrument (and the voice) given equal weight in the final equation, every musician equal responsibility. Within a minute and a half of opening track Damned If You Do, it’s clear that Häxan have no worries on either of those scores.

A lean, fast-paced rocker, DIYD sets the scene for what’s to come very neatly. Powered from the back by drummer Jess Hartley, whose economical, taught style fits the band perfectly, the band power into the track with gusto, bassist Harriet Wadeson laying down the bottom end over which vocalising guitarist Sam Bolderson does her stylish thing. It’s a simple template, replicated on virtually every track, yet the album never feels tired or as if the three are running out of ideas. Producer Todd Campbell (of Bastard Son repute, one of the other bands Häxan have shared the odd stage with) sets things up nicely, giving the girls a booming, punchy power-pop sound that fits the songs perfectly. Everything sounds huge, without ever feeling bloated, with the Darknessesque Nine Lives especially benefitting from the ‘stadium’ feel of the production.

Modern production values have disproved the old adage that ‘you can’t polish a turd’, of course, so Campbell’s work would uniformly be worthless if Häxan’s songs weren’t fit for purpose; Pleasingly all nine featured here pass muster and then some, with the Rock Goddessy Grave Digger and the superb Black Sheep in particular catching the ear. However White Noise is one of those rare, rare albums – one with quite literally not a foot put wrong anywhere – and thrills and spills are guaranteed for the discerning listener wherever you drop the needle. As an album of any kind, that is quite a spectacular effort. As a debut album, it’s nothing short of miraculous. Hats off to all concerned!