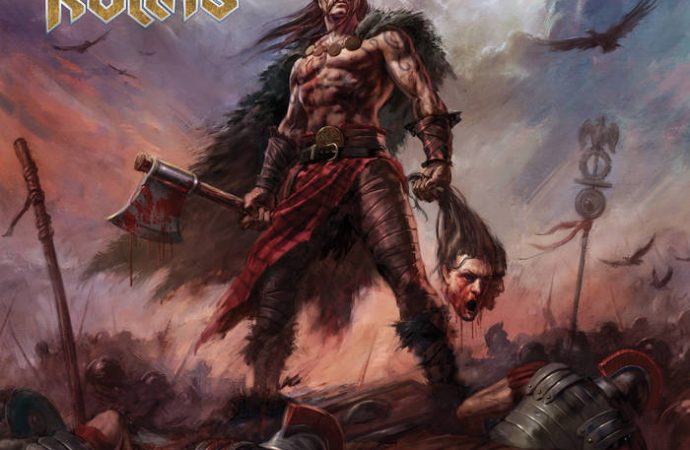 Come with us once more to a land where metal is the only language spoken...

Greetings and welcome to another Crusade of Power! There’s been a bumper crop of top quality music released since last we met – I easily could have doubled the size of this month’s column with no discernible dip in quality – so without further ado let’s get into the metal! 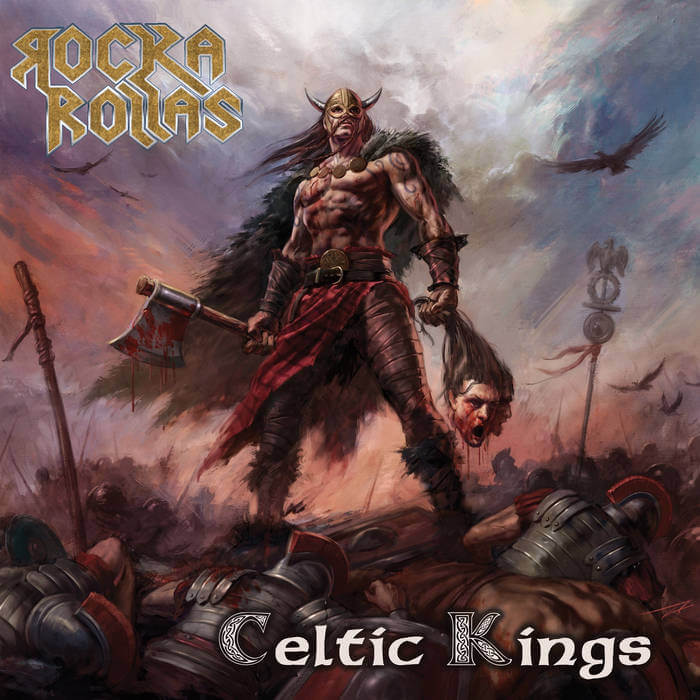 Swedes Rocka Rollas are actually no more, but they’ve released a last album, Celtic Kings, as a sort of posthumous/semi-living epitaph, if that doesn’t sound too weird, and very good it is too.
If you’re not familiar with the band, they mashup the best Germanic speed/thrash (think Running Wild/Blind Guardian) with the mayhemic digital destruction of bands like Dragonforce to purvey a no-holds barred take on power metal that’ll leave you breathless and often panting for more. From Blackened Skies throws a bit of Priest into the blender, whilst the slightly more by-numbers high octane thrills of To the Gallows has a real Thundersteel feel to it, a sound which, of course, is always most welcome at Crusade headquarters.

It’s a shame they are leaving us, then, but pound for pound Celtic Kings is one of the most Crusade-worthy albums we’ve heard in a while and comes highly recommended. Album of the month! 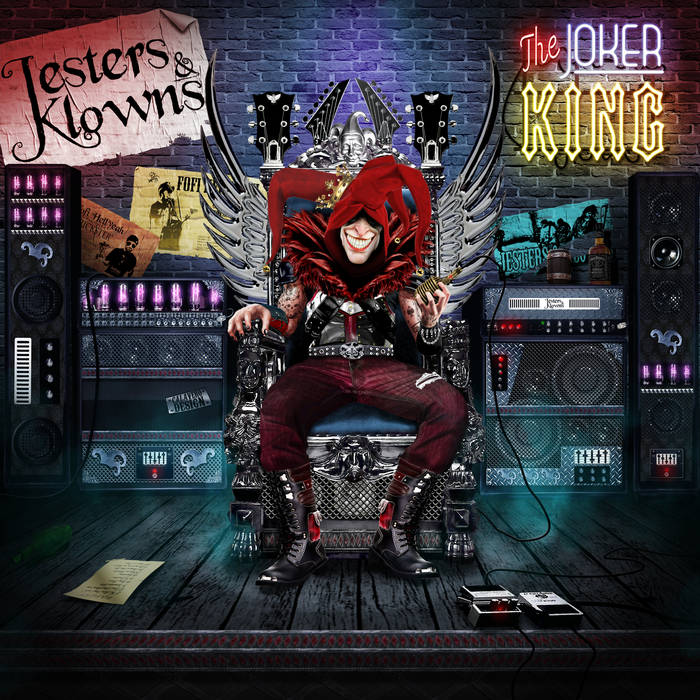 Argentinians Jesters & Klowns battle against a slightly demo-ish production throughout their new album The Joker King, but that doesn’t detract too much from the quality of the songwriting on offer. They’ve got more of a hard rock feel about them than many that take up the Crusade, coming across a little bit like Elvenking in that band’s more melodic moments, especially in the vocal department, where the pleasing tones of Tomas Ferrorotti bear more than a passing resemblance to those of Damna.

That said, I actually prefer the singalong nature of J & K’s material to that of their Italian counterparts, with tracks like Stronger Like You possessing a real hair metal swing to them that’s hard to resist. Great stuff! 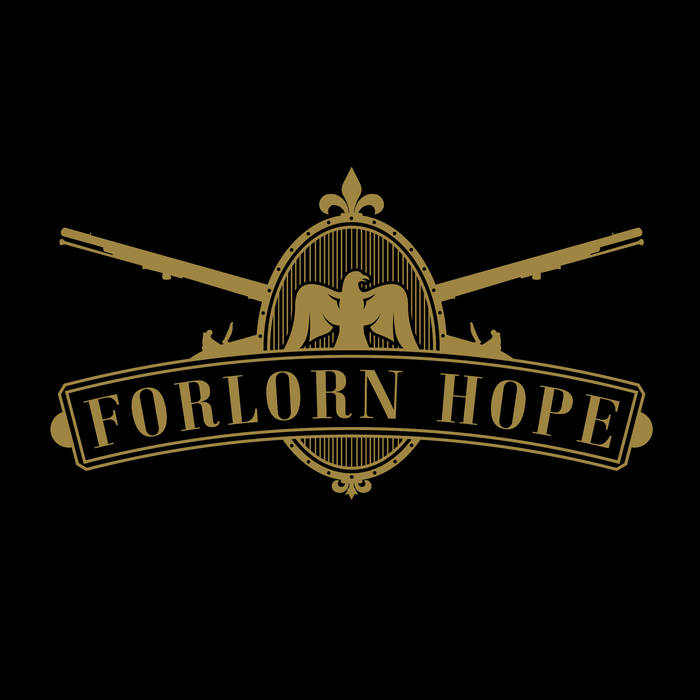 Liverpudlians Forlorn Hope deliver a musical version (metallic, natch) of Bernard Cornwell’s Sharpe novels. Like Jesters & Klowns the production on their new, self-titled single is a bit too thin to be truly enjoyable, but everything is in place here -and the band do enough musically – to suggest that they really are onto something with this style of music.

Napoleonic metal may be an under-populated genre, so Forlorn Hope are certainly forging new ground, and the likes of Talavera certainly manage to get the pulse racing even if they don’t yet instigate the mass breakouts of headbanging they clearly think this music deserves.

I really like this band, and if they can put a bit more work/money behind the production side of things then the sky may well be the limit for them. Good luck! 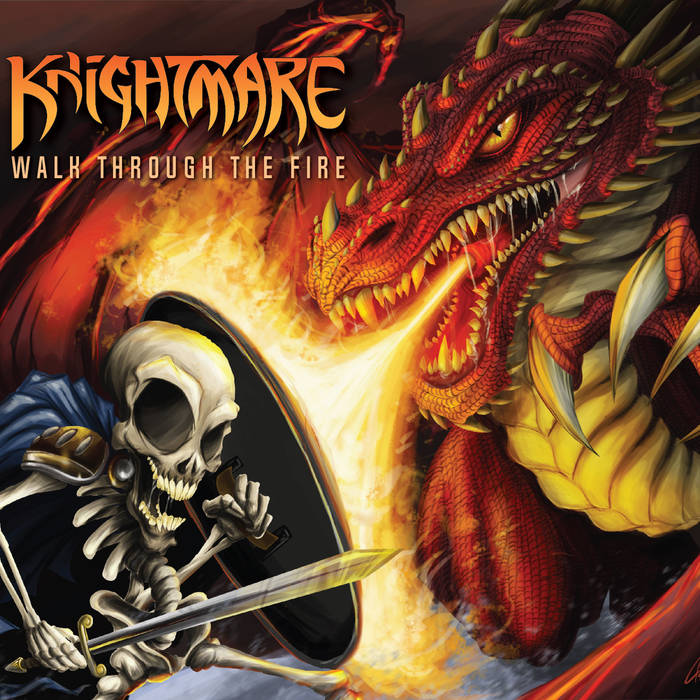 Denizens of Raleigh, North Carolina, Knightmare purvey a straight up, uncomplicated brew of US power metal, buoyed by the superb basslines of Anthony Micale.

Melodic, dramatic and with enough of a Maidenesque whiff to keep all trad metal fans happy, Knightmare bring nothing new to their genre but their songs overflow with sheer metallic joie de vivre. Jared Mountz and Reid Rogers trade riffs and solos with fiery abandon – the solo on title track Walk Through the Fire in particular will get the hairs standing on every available body part, and almost every track here will prove irresistible to fans of early to mid eighties metal.

Micale has a good voice and plays within his limitations, with the result being a pretty much perfect mix of all the things that made metal in the US great from 1981-85. If you love latterday contributors to this style such as Striker, you’ll lap up ever moment of Walk Through the Fire. 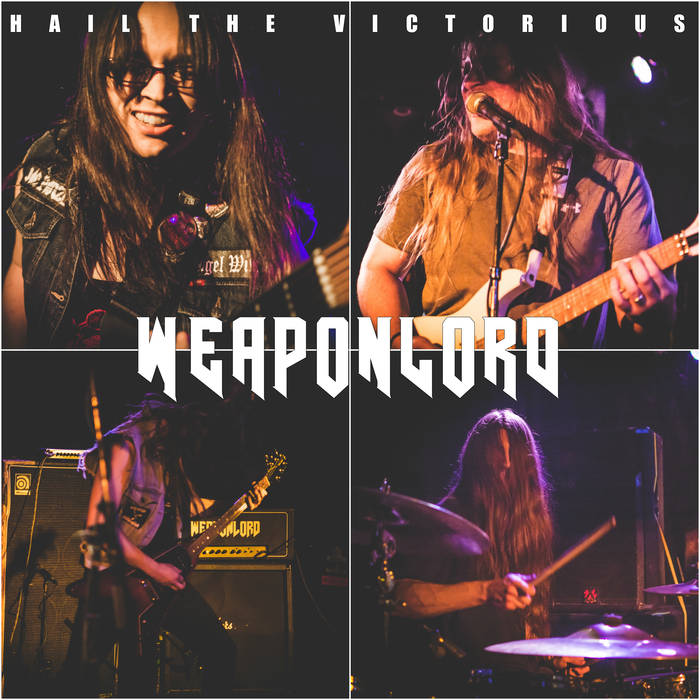 Staying in the US we stumble across Weaponlord, whose epic take on the US power metal genre is very pleasant indeed.

Superbly bombastic yet incredibly melodic, these boys and girl really know their way around a tune, with thunderous heavy metal like Hail the Victorious hitting all the right spots and then some.

Bison M. Longshot has a superb voice – Mr and Mrs Longshot must be very proud of their son – coming across a little (just a little) like Warrior throat Parramore McCarty in places.

Cody J Brumlow is a fine lead player – equal parts Frank Marino and Yngwie Malmsteen– yet he knows when to rein in the shred and simply augment the song with some spectacularly melodic playing. This is old school metal for sure, but committed to tape with such a lightness of touch as to render the music strangely timeless. It really could have been recorded at any time in the last forty years. Except the anthemic March of the Weapon Lord, which really could only have been recorded in the late eighties, so replete is it with classy nods to Manowar, Leatherwolf and Stryper. But whatever the lineage of any specific song, this is near-perfect stuff. 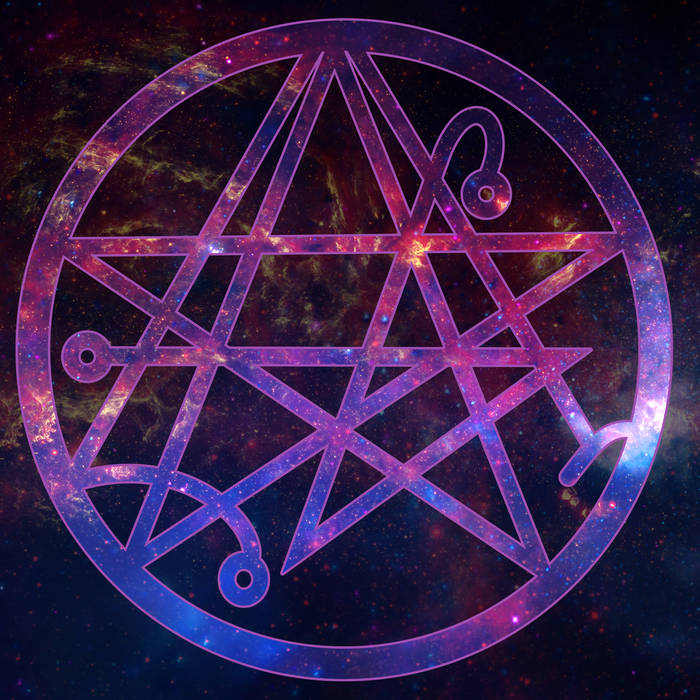 Holding back on the bombast (just) slightly are Texans Dieselbeast, whose strident sturm und drang is perhaps more in line with the likes of Gygax, Corsair or Alabama Thunderpussy than Savatage or Iced Earth.

Their hard rock-inflected metal certainly pushes the right buttons, and in Chris Morehead we seem to have unearthed our third brilliant new US vocalist of the month.

A crystal-clear, spacey production really helps the band get their message across, with taut, sinewy songwriting also helping the band to pack a hefty punch. The band keep things concise, with only closer Realm of the Space Queen stretching out over the five and a half minute mark, meaning that the listener’s attention seldom wanders between the constant blast of great soloing and melodic choruses. It may not be the most metal of this month’s releases, but I guarantee you’ll find loads to like about Dieselbeast.
So there we have it – I trust you’ll find plenty to enjoy in this month’s suggestions… and if you don’t I suspect you’re reading the wrong web-based metal magazine!

See you all next moth – thanks for your continued support!