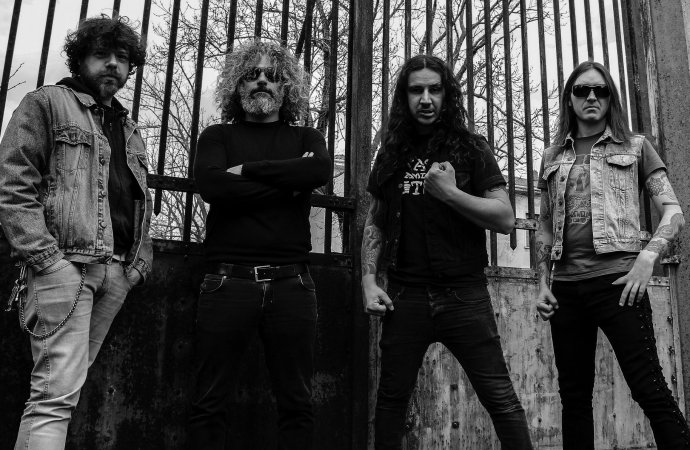 Our power metal guru takes a final turn around the underground for 2018...

Greetings, fellow travellers, and welcome to the final Crusade of the year! We’ve got a varied bunch of releases this month – so no more blather from me… enjoy! 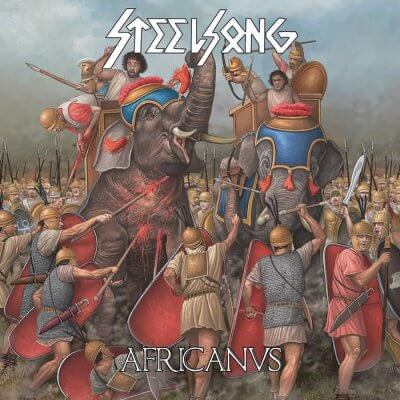 We kick off this month with a nice little EP from Californians Steelsong, who’ve written a concept record around the exploits of Roman General Scipio Africanus entitled, appropriately enough, Africanus…

It’s an admirable piece of work, too, full of ambitious storytelling bolstered by some superb, blazing riff work from guitarists Trent Adams (who also adds the distinctive vocals) and Peter Truax. Opening track Defender of Rome is particularly good, but every track has something to offer if you like your power metal augmented by flashes of melodeath and folk. Fans of (old) Iced Earth, Cirith Ungol and Brocas Helm are gonna lap this up, but even fans of more straight forward metal are going to get a lot of enjoyment out of Africanus. Highly recommemded! 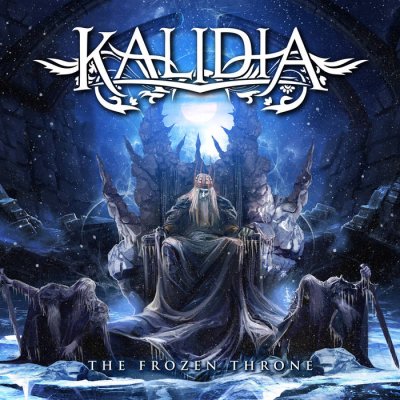 More well known are Italians Kalidia, who’ve just signed to the Inner Wound Recordings label for the release of their new album The Frozen Throne. Compared to DIYers Steelsong this is big time stuff, with the whole production reeking of professionalism and style. There is substance though – the band certainly know their way around a big power metal anthem – and in vocalist Nicoletta Rosselini they could well have the next big female power metal vocal sensation.

Songs like Black Sails tick all the boxes – swirling, baroque keys, pounding kick drums, gritty rhythm guitars and quasi-celtic flourishes – and it would seem to be a case of when the big time comes knocking for these guys rather than if. 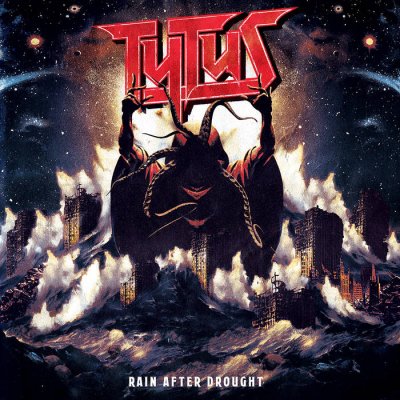 Wahaaayyyy!! Tytus hail from Trieste in Italy, and they release their new album Rain After Draught early next year; But to all other intents and purposes it might as well be London in 1981, as the band have recorded an album that, sonically at least, strives to mix the first two Iron Maiden albums together with a soupcon of Angel Witch and Praying Mantis – and succeeds!

Seriously, the opening salvos of Dark Wave will have you thinking this is a long-lost, never released Maiden track you’re listening to… even the solo styles and tones of guitarists Ilija Riffmeister and Mark Simon Hell resemble Dave Murray and Adrian Smith circa Killers… and the overall result is eerily spine tingling. Elsewhere the band thrash it up on tracks like Move on Over (which carries strong whiffs of the first Megadeth album, again no bad thing), but everywhere they turn the hell on in celebrated style. One for older Crusaders, possibly, but well worth a listen however old or young you happen to be. Release of the month! 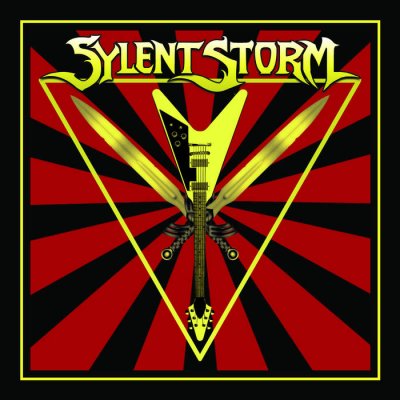 Similarly minded are Americans Sylent Storm, who have just released a storming self-titled EP choc full of trad metal delights. The track Betrayal mixes early eighties US power metal mystique (once again Cirith Ungul springs to mind) with a strong seam of NWoBHM dynamism – the bass work of Matt Foster has a strong Steve Harris feel to it on this track – to produce the sort of sound you can imagine a young Hetfield and Ulrich salivating over in 1981.

That sound is a bit chaotic at times – again this is small budget stuff – but the band’s undoubted enthusiasm carries the day on righteous stompers like Patriots of Metal, which has a real Tokyo Blade vice about it, and it’s hard not to get carried away when the band hit full throttle.

Occasionally the lads lift their heads up long enough to try something a little more ambitious – Witches Blood is more considered, epic and doomy – but the overall air of hell bent for leather suits them and makes this EP well worth a listen. 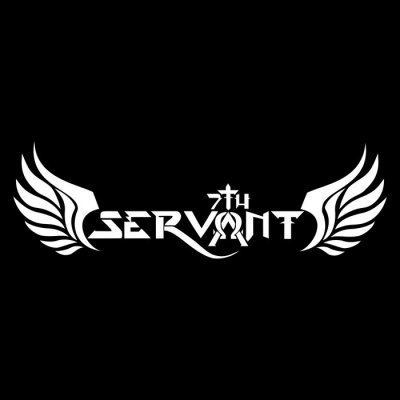 Staying in the US we hook up Seventh Servant, who will be of prime interest to fans of vintage Iced Earth.

I say this because former IE vocalist John Greely is singing here (you’ll doubtless remember him from Night of the Stormrider), and a very fine performance he puts in too. SS purvey a meaty take on the Christian metal genre; no saccharine choruses for them! Rather the band serves up riff-heavy (yet still tuneful) trad metal from the heart with no adornment or needless frippery.

The Benediction, released early last month, is only a two track affair so there’s not a lot to comment on at this point. However both tracks point to a bright future in their particular chosen genre, with The Almighty One in particular setting the pulse racing with its edgy riffage and beguiling chorus. Definitely worth a listen, even if you’re not a believer. 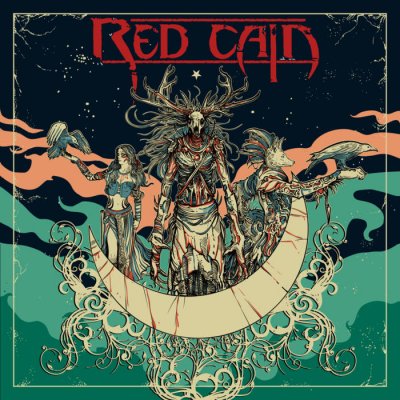 Canada’s Red Cain offer a thunderous, wall-of-sound production on their new album Kindred: Act I. That’s not wall-of-sound in the cacophonous sense, by the way. Their sound is huge yet defined and on the track the band are currently premiering on Bandcamp, Wing of the Crow, it features the not inconsiderable vocal talents of Kobra Paige. Musically the band throw the kitchen sink at the listener, the vocals of Paige and Evgeniy Zayarny entwining against a backdrop of artillery-like drums and screaming guitars. But everything hangs together well and makes sense rather than simply battering the ears, and I certainly can’t wait to hear the album in full very soon indeed. 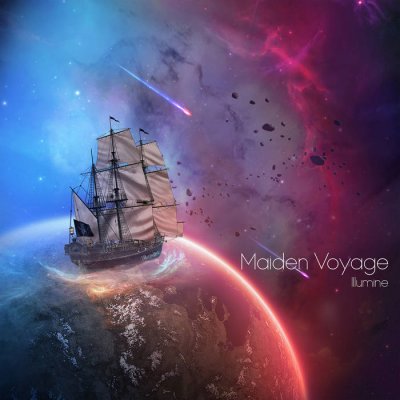 Last up this month we go for a more progressive feel with New Zealand’s Illumine. Essentially a vehicle for the one-man-band talents of Liam Dodge, Illumine create a sound at times ethereal, at others wondrous. Woozy washes of keyboards and a Floydian guitar usher the listener in on opening instrumental Departure, before the album proper kicks off with Emanate. Edge-y guitars herald the track (one listen and you’ll appreciate the pun), before giving way to a djently forceful barrage of riffage.

Blue Joy carries echoes of fellow Southern hemispherean Plini, and whilst this isn’t usually the sort of thing we’d feature in the Crusade of Power, there’s undeniable quality on show here. If you like modern progressive music, this’ll be right up your alley.

And that’s it for this month – enjoy the Holiday season, whatever graven idol you bow before, and I’ll see you all in the New Year

A festive hail and kill to you all!