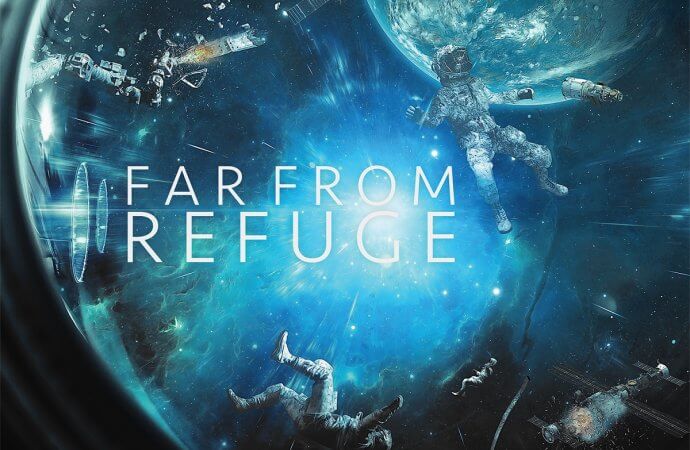 Like many new bands striding out and trying to make a bit of a name for themselves, denizens of Cambridge, England, Far From Refuge must overcome a few identity problems if they are to fully realise what clearly is some major promise.

It’s OK to be the sum of your influences; we all start somewhere and there’s no point denying it. But sometimes we need to manage these signposts a bit better to stop us from merely becoming some sort of human jukebox. Opening track Emergence lurches from excellent Amon Amarth worship to not-quite-as-good-amalgam-of-modern-metalcore sounds without pausing to try and make the transition less jolting. It’s a nice song, but just a bit disjointed for this reviewer’s ears.

Much more effective is second track The Architect, which furrows much the same field as Emergence but makes the change from full-blooded metal glory to fragile emo paean and back again (and again) in more convincing style. This is helped by a quite superb, crisp and punchy production which really does make the band sound like a serious proposition, allowing each instrument to make it’s mark without overpowering the excellent vocals of Suran Jayathilaka.

Circuits continues the mix-and-match approach but feels heavier thanks to some battering percussion work from Ákos Kobela. It’s actually a very poppy track, with elements of Linkin Park making their presence felt, but that needn’t spoil your enjoyment… give the track a chance, if only for the stinging guitar solo (I’m afraid I can’t credit the perpetrator as I’m not sure which of the two guitarists in the band, Joél Sutherland or Jonathan Graye, actually plays it), which is worth the price of admission on it’s own.

Penultimate track There Was A Light features some brutal deathly barking and, to make a nice dichotomy, perhaps the most melodic singing on the album too. There’s an almost black metal feel in places, proving that this band really do run the gamut of modern metal stylings with confidence and aplomb. It’s probably the standout track on the record.

The band close with the djentish Beings, a staccato mashup up of nifty leads and punishing riffage, but again it’s probably a bit modern for your correspondent’s tastes.

But that’s just an opinion, of course, On Far From Refuge the band of the same name give a fine account of themselves, and certainly leave no doubt hanging in the air as to their undoubted talent. Given a little time to inject more of themselves into their next release I wouldn’t be surprised if they don’t create something pretty special indeed… Good luck!

Far From Refuge is out now.