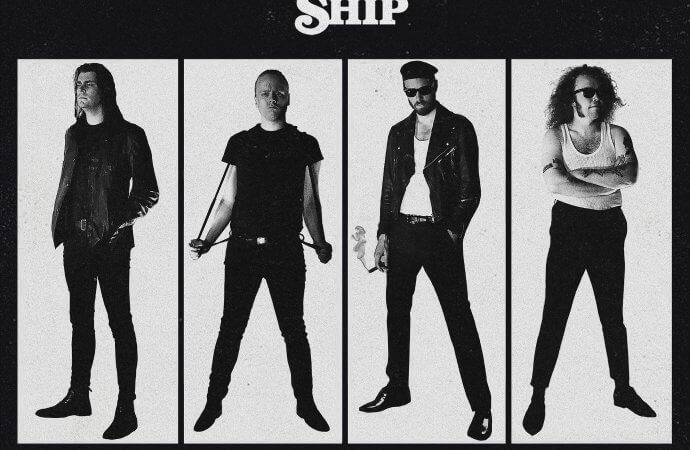 Swedish quartet Dictator Ship are a strange mob. Ostensibly operating as a garage rock band – think The Hives, The Sonics, et al – they deliberately muddy these apparently straightforward stylistic waters by throwing in some quite sumptuously soulful vocals in to the mix to end up with an amalgam that, though unexpected, works rather well.

Unfortunately only the barest of notes accompany the review copy of the record, meaning I can’t credit the vocalist as all four members of the band are listed as singing. But the lead singer, (I’ll take a punt and suggest it might be Petter Heinemann or John Sijbren Leonard– Ed)  whoever he is, manages to mix names like Paul Rodgers and Dug Pinnick into a heady brew of vocal brilliance the likes of which we don’t hear in the world of rock too often these days outside of Glenn Hughes and Silverthorne‘s Pete Shoulder.

But it’s not all about the vocals. Musically the band manage to kick up a bit of dust too, even if the simplistic nature of their game means there isn’t a lot of instrumental byplay to go overboard about. These guys prefer instead to focus on a super professional, neatly honed sound that belies that garage tag through the sheer skill of execution. There are no mugs in this outfit.

Opening track In The Heat of the Night snares the ears early on, just like a good opening track should, and it’s probably the most accomplished sounding track here, but recently-released single Eat The Poor takes line honours as the most fully-formed, identifiably superior piece of music on offer on Your Favourites; all those four voices are called into play here with mellifluous effect, and the band kick out the jams instrumentally with some fine, taut playing.

Gunner Man hits hard like the sixties soul revues from which it obviously takes it’s cues – it’ll jolt memories of the Isley Brothers and James Brown to the front of your brain if you’re that way inclined – and it’s the only track which sees the band really stretching out and showing us their chops.

At only seven tracks and twenty seven minutes in length this is little more than an EP, but if you enjoy a bit of blues and soul with your sturm und drang then this is going to be something of an essential purchase when it drops later this month.

Your Favorites is out on April 17th.