Depravity: New Album Out In December… 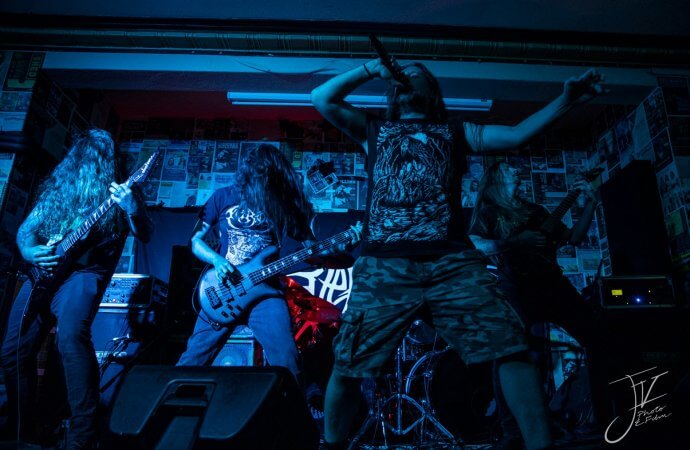 Terror rises from the West...

Perth-based extremists Depravity cook up a heady mix of death, thrash and black metal and released one of the best albums in the style back in 2018 (the excellently-named Evil Upheaval) which met with an overwhelmingly positive response all over the Globe.

The band’s lineup boasts of members of Impiety, The Furor and The Ritual Aura, amongst others, and played music that was an amalgam of classic, brutal and technical death metal with a vicious delivery. Evil Upheaval left an indelible mark and set unrealistically high standards to be surpassed. However, seemingly against the odds the outfit’s upcoming full length, entitled Grand Malevolence and slated for delivery to a sterogram near you on December 4th, has done just that – it’s way faster, more technical, brutal and just intense from start to finish. It’s not one or two but several notches above the previous opus and looks very much to be an album that is set to smash skulls all over.

The band has opted to stick with the same artist for this album and the two-panel artwork rendered for Depravity by Alex Tartsus (Sepulchral Curse) is incredible. The band has unveiled an official video which you can watch below and that December 4th release date will see a wide range of products including five different LP colour variants, two types of artwork for a full merch series including hoodies and more, coffin-shaped wooden box sets, cassettes, inverted cross-shaped twelve-panel CD digipaks and more! Pre-orders for all of these will start later this month.

The various members that make up Depravity have a twenty year history of performing, touring and recording in various bands worldwide. The commitment and experience of the members involved gives Depravity an authenticity that is overtly recognisable to diehard ears. No gimmicks, no romanticised biography, just indomitable death metal, thoughtfully crafted and performed from the heart.