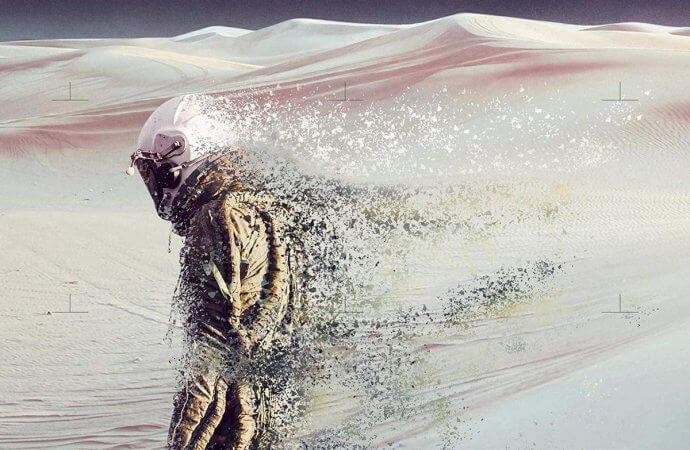 If this is the swansong then it's a very good one...

The funky hard rock of Drop The Weapon (which with it’s little Dancing In The Streets quote from keyboarder Don Airey hints at the playfulness of something like Mary Long from 1973’s Who Do We Think We Are) aside, you don’t get much of the ‘classic’ Deep Purple sound anymore. This, of course, shouldn’t come as any sort of surprise should you know anything about the band; singer Ian Gillan is now seventy four years old, and long past any suggestions that he should try and regain the glories of yore…

What is surprising is just how well Purple have repurposed their sound to face the challenges of septuagenerian rock n’roll; Whoosh!, their twenty-first full-length studio album and first since 2017’s Infinite, finds the band in musical repose, broadening their sound to take in, well, anything they feel like doing really. That’s what elder statesmen do; and on the superb pomp rock of Nothing At All they do it so well that the years simply drop away. Bassist Roger Glover and Ian Paice lock into an easy groove whilst guitarist Steve Morse (the baby of the band at a wet-behind-the-eared sixty five) and Airey duel in masterful fashion. Gillan sits atop it all, crooning his tales of amusement and bemusement, sometimes in a world weary talk-singing style, at others declaiming his truths in the guise of his No Laughing In Heaven ‘naughty preacher’ role; either way his is a remarkable performance throughout the album.

Step By Step is another storming slice of pompous, progressive rock which fits more into it’s three and a half minutes than many bands can manage in ten times as long, again underlining the fact that Purple remain masters of any trade they care to turn their hands to. That they are equally at home – and equally effective – on the barrelhouse pub rock of What the What proves the point.

The sinister tones of The Power of the Moon add a wash of gothic psychedelia to the sonic palette, whilst the album’s standout piece, Man Alive, is perhaps where the whole album comes together best and showcases Deep Purple circa 2020 in sharpest relief; aided and abetted, as they are throughout the album by the superb supporting skills of producer Bob Ezrin, the band weave every last strand of influence and inspiration together to produce a hard rock tapestry of the most alluring kind. However all this is forgotten when the band wheels out the quite staggeringly superb instrumental And The Address; when Gillan finally gets his wish, and times, and dimensions, space and matter all finally go whoosh, this will surely be the theme tune to some sort of time-defying, constantly-looping seventies edition of football highlights show The Big Match; An obscure reference I know, but if you know what I’m talking about, when you hear this track everything will make perfect sense – trust me…

An unexpected triumph, then; It’s been rumoured of course that this may well be the last time we see (or more importantly hear) Deep Purple in the recording studio. If it is, then it’s hard to imagine a better parting shot.