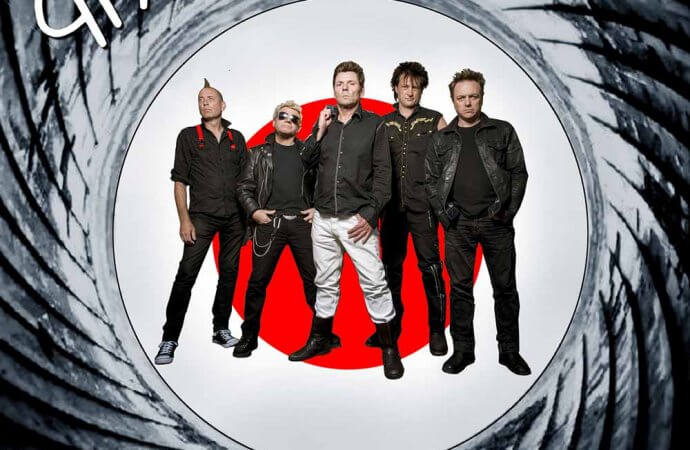 UK punk vets Chelsea have remarkably survived forty years in the music industry in some form or another, and Mission Impossible is their eleventh all-original full-lengther.

It follows on from their first album for Westworld, 2015’s Saturday Night, Sunday Morning, and is very much a successor to that record. The band keep things simple, melodic and uptempo for the most part, and if there isn’t an immediate earworm of the calibre of Fuck All from that last record then there’s certainly enough to keep old punx like me occupied and out of mischief for the duration of the record.

I Don’t Know I Don’t Care tips it’s titfer to the Ramones, but apart from that this is good old English street punk all the way. Jackie’s Got a Gun is right up there with the band’s best, a bouncy, raucous, glue-stiffened anthem with the sort of terrace appeal you’d expect from a band called Chelsea, but the real standout on the album is Old Town.

Built on a melodic, dramatic guitar line, the song builds nicely through Gene October’s talk-sung verses to an excellent gang-vocalled chorus, with the resultant excitement in the hairs on the back of the neck coming as no surprise.

Just Like Me is a trifle too simplistic, though has some nice guitar work from James Stevenson, whilst Suit in the Spotlight continues punks fascination with reggae stylings with some skank-friendly rhythm playing and a bubbling bass performance from Mat Sargent.

There’s nothing remotely progressive about Chelsea musically, but fans already in the know about the band will doubtless find that immensely comforting. The band do what they do very well – very well indeed – so why bother changing? Old timers like me looking for a whiff of the glory days (both the band’s and their own) will certainly find that Mission Impossible – in the shape of perky singalongs like You’re No Fun – proves to be a ready catalyst for beery good times. Top work chaps.

Mission Impossible will be released by Westworld Recordings on October 20th.