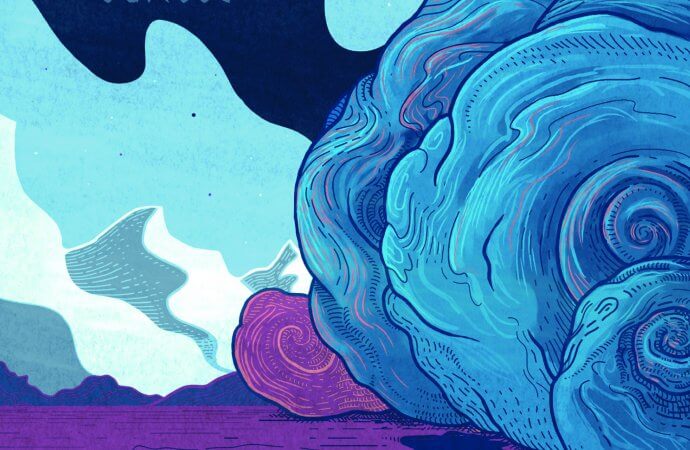 Better than when they went away...

Danes Withering Surface were minor players in the then-burgeoning Euro melodeath scene of the mid-nineties; Never less than competent and occasionally genuinely interesting, they hammered away for a decade or more without ever really catching the wave to late-afternoon/early evening festival spots so coveted by bands the continent over, finally calling a halt to proceedings in 2005 to pursue other interests and careers.

Vocalist Michael H. Andersen eventually ended up as head honcho at Danish metal label Mighty Music, which now acts as a home to the band for their comeback album, Meet Your Maker. Andersen is joined by original members Allan Tvedebrink (guitar) and Jakob Møller Gundel (drums) as well as returning members Morten Lybecker, who played keyboard in the band in 1999-2005 and Marcel Lysgaard Lech, the band’s other guitar player from 1998-2000 – and new bassist Jesper Kvist (Invocator, Raunchy).

Together they’ve delivered an album of stately, at times energising, Scandi death metal that’ll be familiar to the ears of fans of that particular genre without ever really lighting a fire under the listener; Penultimate track Mourning Light is probably the best of the bunch, romping along on the back of some great drumming and Andersen’s best vocal performance on the album, whilst the singer enlists his daughter Elizabeth Gorboi Andersen to duet with him on the balladic I’ll Soon Be Gone.

Gothenburg aficionados will be pleased to learn that Dark Tranquility‘s Niklas Sundin designed the album’s artwork, but probably the most noteworthy thing about this album is the truly intriguing re-working of Heart‘s mega-chartbuster from 1987, Alone. Not so much a cover, the track – which bears the same name – is ostensibly a Withering Surface original which weaves many of the lyrics from the Wilson sisters’ radio-breaking tear jerker into it’s own framework. You might miss it the first time you listen, and I have to admit I’m no fan of Heart, but those lyrics have insinuated their way even into my addled memory cells, and they can’t help but stand out in the midst of the song, knocking you upsides the ears as you realise what the band are doing. It’s playful, it’s weird, but somehow it works in a way that you’d never expect.

All things considered, then, a pretty good return. Withering Surface in 2020 certainly appear to contain a little more substance than their last-century counterparts, with the wisdom and confidence of age seemingly adding a veneer of class where once before there was only piss and vinegar. Welcome back!

Meet Your Maker is released on June 19th.