Voyager – Colours In The Sun (Season Of Mist) 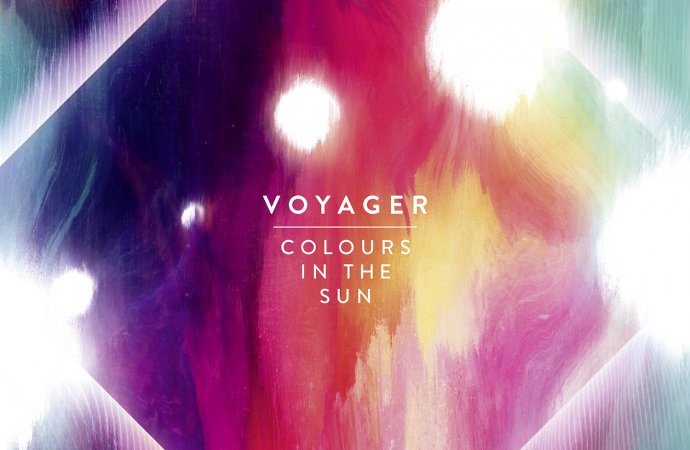 A gauntlet thrown down to the prog metal opposition - beat this!

Perth-based proggists Voyager find themselves at something of a crossroads with new album Colours In The Sun; having surely outgrown the local prog metal scene they’ve worked so hard over the past decade plus to nurture and be a part of, it’s obviously the right move to cast their net wider via the good offices of Euro metal label Season of Mist. But the band crucially runs the risk of diluting what made it so special in the first place by giving itself over to ‘the machine’ at this juncture. Prog metal is an incredibly saturated and, by extension, difficult market in 2019 – how do the band go about establishing themselves and standing out in such an at times creatively flaccid environment like prog metal?

Like Sydney counterparts Hemina, Voyager aren’t afraid to include a bit of ‘vintage’ melody as part of their sonic recipe; Keyboarding vocalist Daniel Estrin has one of the most immediately recognisable voices in Aussie metal; a delicious mix of A-Ha‘s Morten Harket, Duran throat Simon LeBon and Double‘s Kurt Maloo, he brings an unmistakable hit of eighties pop sensibility to the rest of the band’s sometimes unrelenting barrage of clever drum patterns and brutal six string mayhem; hence tracks like the short but very sweet Now Or Never take on a sort of double life as wistful pop throwbacks masquerading as very modern prog metal. Likewise the superb Entropy (which comes with a little help from Leprous vocalist Einar Solberg) and semi-title track (and opener) Colours; This triumvirate is pretty much bulletproof, and easily amongst the best songwriting the band has come up with to date.

Water Over The Bridge‘s stentorian nu-metal intro rifferama will satiate the more metal-minded, but even here Estrin’s superb vocal elevates the song, establishing it as more than mere sturm und drang for the furrow-browed massages. This becomes supremely apparent as the song morphs into a gloriously ambitious piece of post-Devin styled magnificence. His lightness of touch, both as a vocalist and keyboard player, is ultimately what sets Voyager ahead and apart from the prog metal rump.

It’s not a one man show, of course; both Simone Dow and Scott Kay deliver devastating riffs and solos to order, with that seeming effortlessness that only the truly talented are able to pull off, whilst the rhythm section of bassist Alex Canion and drummer Ash Doodkorte anchor everything in supremely solid fashion. The quintet round out the album giving a superb display of team-minded playing on the superb pop-prog of closer Runaway; no one player stands above the other – although Estrin’s solo is pretty mouthwatering, it has to be said – but all play their part, the result being something Canadian pomp Gods Saga would have been proud to put their name to in the early eighties. High praise indeed I know, but praise the band can live with easily.

As noted, the field is pretty full, but with Colours In The Sun Voyager prove once and for all that they have the sort of songwriting ammo to outgun the prog metal opposition – more power to them!

Colours In The Sun is out on November 1st.