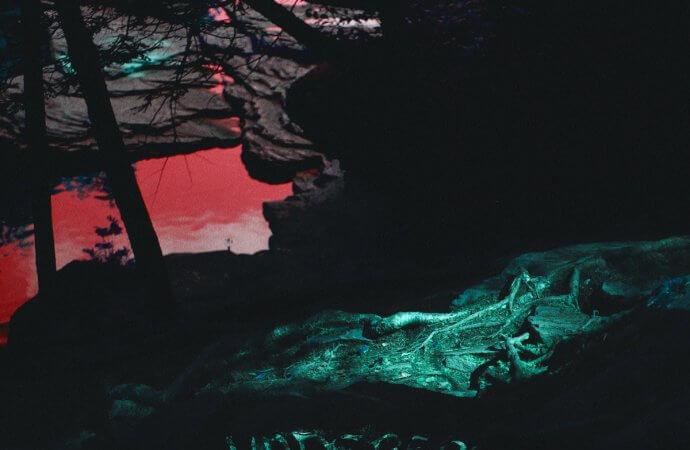 New Jersey avant noise exponent Underer debut with a bang with this short but not-so-sweet EP due out next month on what is fast becoming one of my fave imprints, the Nefarious Industries label.

Underer is the pseudonym of Nick Shellenberger, a multi-instrumentalist who has been nurturing and developing this project for some four years now. The result, twenty five minutes of blistering aural assault, might not seem much in terms of quantity after such an elephantine gestation period; however the quality of material delivered is absolutely top drawer.

Shellenberger is clearly a man with a lot of anger issues, and you’re never less than aware that he’s got a lot to get off his chest, gut the seven tracks featured here never succumb to the temptation to simply make noise for the sake of it. Everything is structured supremely tightly, whether it be sub one-minute grind blasts like opener 1:19 or more progressive explorations in to avant garde noise manipulation such as my fave track on the record Steven. Marlin is deeply unsettling, adding a demented air of Bertolt Brecht to proceedings with what sounds like a tortured accordion sliding in and out of focus, whilst at the other end of the spectrum the forty three seconds of The Nothing is the only track you’d think might appear on another artists album – although for the life of me I can’t quite think who. For the most part this is deeply individualistic stuff, which makes it all the more satisfying.

Fans of Brutal Truth will find closing track Miniature Jimmon much to their liking, I’d suspect, but the thing about Underer is that you really don’t need to be a fan of this kind of unholy racket to take something away from it. It’s unhinged, for sure, yet at the heart of the madness Shellenberger’s compositional smarts hold everything together to create something strangely pleasing to the ear. Give this a go. You might not like it all, but it’s well worth a listen I promise you.

The Code is unleashed on June 12th