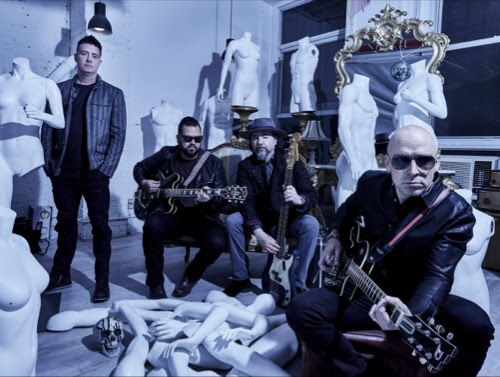 In a recent plan dubbed the ‘COVID-Safe Road Map’ UTSS has said it is willing to be the test case for international touring to resume from February 2021.

UTSS Promoter Andrew McManus has teamed with Geoff Jones, of touring giant TEG Live, to ask the Federal Government to use the Under The Southern Stars Festival as the “test case” for future live music events.

The promoters said the plan will ‘’light the way for our colleagues allowing them to follow suit with clear guidelines to follow at their-future events and festivals.” If the plan is adopted, Under The Southerns Stars would be the first tour featuring international artists since coronavirus restrictions began in March 2020.

The plan includes:
All three acts travelling with essential band members only, and two support staff, and being COVID tested before leaving Los Angeles for Australia.
A second COVID test after arriving in Australia.
The bands being quarantined at an isolated compound with a rehearsal studio, for fourteen days.
Hiring Australian tour crew to replace the band’s usual touring team.
Segregated sections on flights and ‘”military style” transfers between Australian cities for the bands and crew.
Locked hotel floors for band and crew.
Punters must download the COVID-Safe app to attend the show.
Temperature checks and strict social distancing measures at the gig.
Sshows will be capped at seventy per cent of total capacity.

McManus says of the plan, “We want to be part of the solution, not part of the COVID problem. We want to work with government at all levels, federal, state and local to formulate a plan that can get our industry off its knees. There needs to be a road map made, and we feel we can be a flag point for the industry to reopen its doors. If the festival becomes a test case, we will share the road map at no cost, to operate all future festivals in this country.”

Under The Southern Stars sees Live, Bush and Stone Temple Pilots alternate their playing order across nine outdoor and two indoor shows and will commence in Perth on February 16, 2021 and end on the Sunshine Coast on March 7, 2021.

Joining them on all dates are special guest support acts Rose Tattoo and Electric Mary.

All 2020 tour tickets are valid for the rescheduled festival dates and no exchange is necessary.
The rescheduled dates are as follows:

Unfortunately, the concert scheduled for April 3 at Tuncurry, NSW cannot be rescheduled, but Tuncurry tickets are valid for the nearby Newcastle or Gosford shows. No exchange is necessary, just present your Tuncurry ticket at either venue on the day. (Further information will be sent directly to all Tuncurry patrons.) The tour has one venue change for the Sunshine Coast, with the show there now being held at the iconic Sandstone Point Hotel on Bribie Island.

For fans unable to attend the rescheduled dates and wishing to re-sell their tickets via a legitimate outlet, the tour‘s official resale partner is Tixel. tixel.com/k/utss-rescheduled
For assistance using Tixel please visit tixel.com/help where fans will be able to access FAQs or get in touch.