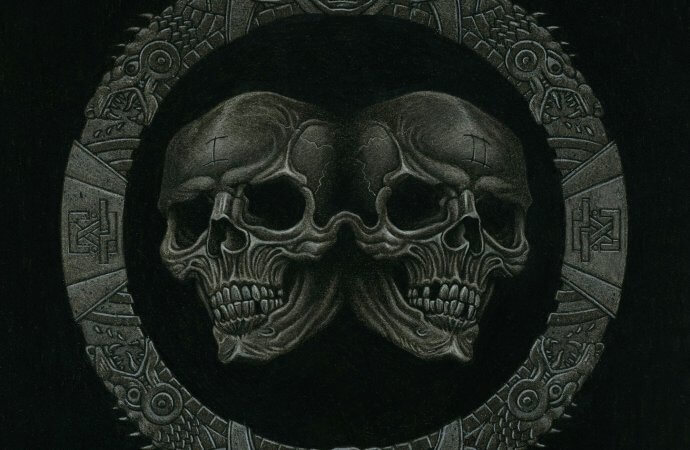 Tzimani is a duo of brothers, Eddie and Sebastian Vazquez, who come from San Diego in California. They originally released this as a six track EP a couple of years back but now it’s being reissued as an album with the addition of a couple of cover versions (from Dio and W.A.S.P.) and their three track demo from 2107.

Stylistically I couldn’t love Tzimani more; Sebastian is no mean drummer, and he keeps up a fast an’ furious beat over which Eddie shreds and riffs like a stone-cold demon. On their original material the band cranks out a fast-paced hybrid of US shred metal and more melodic old school headbanger stuff. Although Eddie’s vocal style is a little reticent at times, the overall feel is great.

Heavy metal fans will love Final Hour, which gives a big nod to fellow Californians Armored Saint, and video cut We Are The Ones shows the band in it’s most melodic light – kinda like Dokken or Leatherwolf, but (and I must thank my dad for pointing this out) with Jackson Browne singing (!) – but I’m guessing most people will get their handle on where these guys are coming from by the two cover versions they include here; Dio’s Night People and Doctor Rockter by W.A.S.P. The first is a pretty straight-up and faithful reproduction but the second finds Tzimani right in their wheelhouse and just sounds like a perfectly natural place for the duo to be, even if both tracks test Eddie’s vocals to their limits.

The inclusion of the demo tracks shows how far the brothers came in a year between 2017-18, and the whole package serves as a very handy explanation of where Tzimani stand as artists. Unfortunately their extensive tour in support of this re-activated album has had to be postponed because of the Coronavirus pandemic, but I’ll be sure to head out to see them when they come to Texas, hopefully in the not-so-distant future!

Tzimani is out on March 27th.