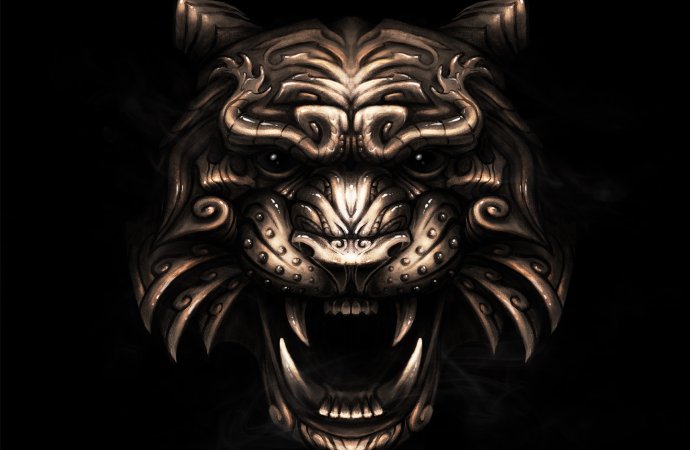 Another strong release from the NWoBHM veterans...

They’re canny lads, these Tygers… Starting their new album, Ritual, off with a riff that sounds like it was cooked up by John Sykes (formerly of their Parish, you’ll remember) in 1982 is a masterstroke, at once reassuring long-term fans that nothing too earth-shatteringly new is about to assail their ears, yet containing enough thrash n’bash to entice newbies perhaps more used to heavier sounds than Paris By Air or, heaven forfend, Rendezvous…

Kicking off Raise Some Hell with the most over-used metal riff of all time won’t win them so many plaudits, however… C’mon lads, it was old when Maiden used it on 2 Minutes To Midnight, AND THAT WAS THIRTY FIVE YEARS AGO! That said, …Hell is a spirited metal romp that’s sure to please crowds anywhere it’s unveiled, as indeed is much of the rest of the album. Guitarists Robb Weir and Mickey Crystal in particular are in fine form throughout, with some of the solos on offer here positively scorching the eardrums with their fire and precision, not to mentioned the obvious enthusiasm and downright enjoyment with which they are delivered.

Spoils of War is an anthemic chugger, featuring a classy vocal from Jacopo Meille, whilst perhaps the most surprising track is perhaps the classy heavy AOR of Love Will Find A Way which will, if you’re of the right vintage, send your mind hurtling back to the early part of the mid eighties and names like Alcatrazz… it’s that good, and easily the standout track on an album that’s actually not light on contenders for that particular soubriquet.

New single Damn You! Is a rumbling slab of old school – you’ll love it or pass, simple as that – whilst the balladic Words Cut Like Knives serves to prove that in 2019 ToPT really would appear to have every heavy rock base covered with something classy and irresistibly listenable.

The album bows out in epic fashion with the lengthy Sail On, which doesn’t quite reach the heights it’s length might point to but is pretty rousing stuff nonetheless. In summary, Ritual could be said to very much continue the good work started by 2016’s self-titled album, further establishing the Tygers as an ‘old’ band that aren’t afraid to stray into ‘new’ (for them at least) territory if they think it makes for a stronger record. They’re right, again – it does – and Ritual is consequently one of the best albums of it’s type you’ll hear this year.

Ritual is out on November 22nd.