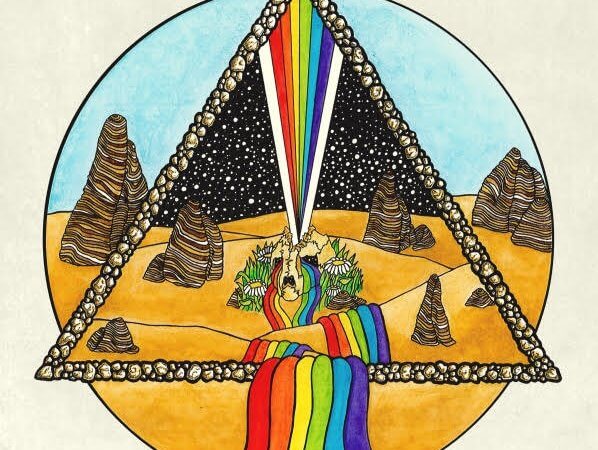 Sprawling, titanic rifferama from Down Under...

Much as it might irk Canadian progressives Voivod to read this, had Pink Floyd‘s Syd Barrett survived his acid burnout and gone on to form – as he inevitably would have, obviously – a full on, rampant psych-metal outfit, there’s a fair chance that said project would have ended up sounding much like Australia’s Turtle Skull.

At least that’s the conclusion I came to five minutes into the opening track of their second album, Monoliths. Leaves has all the souped-up Floydisms anyone could wish for, lashed together with the heavy electric soup of someone like Acid Mothers Temple to create a beautiful miasma of gorgeous noise that’ll have you salivating like Pavlov’s Dog in front of an electric alarm bell if this type of thing gets your motor running. Luckily, though, Turtle Skull aren’t a one-trick pony, and display a breadth of captivating styles and hues over the rest of the album.

Second track Rabbit is a bit more ‘indie’; crank up the volume to ear-splitting levels and you might imagine My Bloody Valentine cranking out the blissed-out riffage behind Steve Hillage, whilst Heartless Machine adds a bit of desert grit to the mix, if you get my drift…

The sixties are filtered through the nineties on Who Cares What You Think?, a sprawling riff-monster that somehow weaves a bit of Happy Mondays loucheness into it’s serpentine rifferama; this isn’t as out of place as you might think, and when the riff in question hoves into earshot – you’ll know the one I mean as soon as you hear it – a huge grin will spread across your face as everything starts to make sense.

Strangely enough for me – I’m not a big fan of instrumental music – the two vocal free tracks here – Halcyon and closing epic The Clock Strikes Forever – are where everything comes together best; the former is an icy bit of ethereal dream pop, whilst the truly megalithic latter rides in on a Krautrock groove that Can would have been proud of before battering the ears with a series of feedback laden crescendos that are an absolute joy to be part of as a listener.

Dean McLeod marks himself out as a versatile and very effective guitarist throughout, whilst the combined voices of bassist Julian Frese, drummer Charlie Gradon and McLeod create some truly monstrous harmonies throughout. Crosby, Stills, Nash and Young jamming with J Mascis? I’ll have some of that!

Monoliths is, in a word, monolithic. And you need to get it in your ears as soon as is humanly possible. Top stuff.