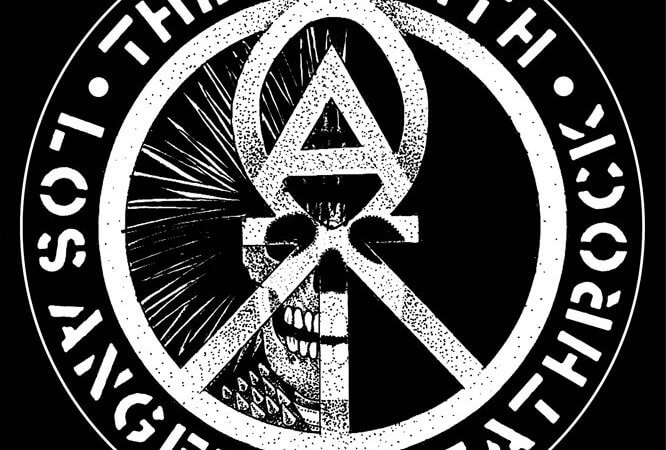 Despite sporting a cover that’ll have anyone over forty reminiscing about squat life and a musical diet of Discharge and Crass, Los Angeles ‘dark rockers’ The Wraith actually prove themselves a little more musically upwardly mobile on the very appealing Gloom Ballet. Coming on like a sleeker combination of fellow Yanks The Lost End and revitalised Brit post punkers 1919, the band also throw in some of the usual old markers too (hints of Southern Death Cult, Killing Joke and a large -make that LARGE- dose of New Model Army) to create a superior take on the post-punk genre choc-full of pulsing bass, jangling guitars, synth washes aplenty and insistent, skittery percussion.

This is all topped off by the bellicose vocal performance of Davey Bales; if ever a man was a perfect fit for a band then Bales is he, delivering as he does a strident bellow a la Justin Sullivan at his very peak throughout. It’s the perfect foil to the oh-so-authentic treble-heavy racket playing out behind him – the band have searched high and low to source instruments and tools of the trade evocative of the early eighties (a mixing board owned by Devo! Touring basses used by Adam Clayton!) and you have to say that this attention to detail has absolutely paid off. The whole record sounds as if it may have been cryogenically sealed in 1982, which is obviously a good thing for the purposes of a magazine like Sentinel Daily…

Usually at this point in a review I’d peel off a few song examples to back up my arguments, but with Gloom Ballet that’s an absolutely pointless exercise. Every song glides neatly into the next, building a suite of songs without any weak links that complement each other whilst still holding their own individually. However you want, no need, examples, don’t you, so, if you can, seek out the quite superb Toil, which adds a female voice to the mix as a counterpoint to Bales’ enraged howls and is backed throughout by some quite splendid drumming by Belgian Jef Pauly, who, it should be noted, has his early eighties fills and rolls down to a tee.

But, as the songs are of uniform excellence, so is the playing and guitarist Kaz Alvis and four stringer Paul Rogers (a Brit, thus garnering the band even more post-punk credibility points!) also deserve their share of the kudos for putting together what is absolutely the best album of it’s type I’ve heard over the last couple of years. You want another song? Okay – wrap your ears around the quite superb Of The Earth, then just stop listening to me and get out and buy the bloody album!