The Rods – Brotherhood of Metal (SPV/Steamhammmer) 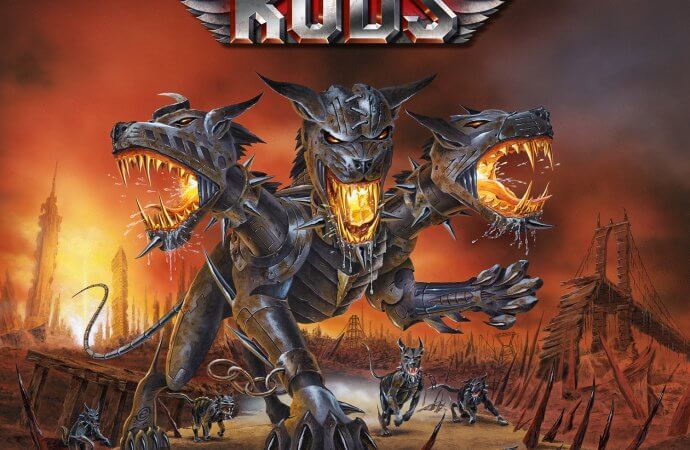 American veterans resurrect the ghosts of their first two albums with much success...

Gonzoid musclebound buffoons Manowar once famously proclaimed “If you’re not into metal, your are not my friend”, and, though I instinctively baulk at agreeing with anything that Joey DeMaio might find coming out of his wordhole, you have to say that as a design for living it’s not a bad one. Similarly, and I’m going to go the whole hog and actually paraphrase the poser-pouched bassist after a fashion, you could say ‘’if you’re not into The Rods, you shouldn’t be reading Sentinel Daily”.

There, I’ve done it. And it felt good.

And again, I defy you to pick a hole in my argument. These New Yorkers, now a jaw-dropping thirty nine years distant from their debut album, are the living embodiment of ‘proper’ heavy metal – heavy metal for grown ups, indeed. On tracks like the epic title track and the larger-than-life Everybody’s Rockin’ the band deliver a life-affirming message that will reassure you that all the life choices you’ve made down the years – at least relating to music – have been the right ones. That stonewashed denim jacket you bought off the market aged fifteen? The right choice. The slightly too-tight cowboy boots you saved up for and got out of your mum’s catalogue? That’s right. They suited you down to a tee… I could go on, but I’m frankly too busy banging my head to Smoke on the Horizon to get too deeply into your and my life stories. Dave ‘Rock’ Feinstein knows the truth though, and he testifies over and over again on Brotherhood of Metal that we’re all in this together. His well-worn voice may not be the best in metal, but, like close cousin Lipps of Anvil he makes the best of what he has, the upshot being a collection of unhistrionic yet memorable anthems all bolstered by his superb guitar playing.

Bassist Gary Bordonaro fills in the gaps magnificently – when Feinstein drops out he’s there, pounding away like a good ‘un, occasionally breaking though to lead the way himself on tracks like the Anvilesque single Louder Than Loud. And then there’s the ageless Carl Canedy at the back, sounding just as good if not better than he did back in the day. These men, like you and I, have dedicated their lives to metal and they show no signs of slowing down just yet.

I could bore you all with a track-by-track breakdown of the album, but frankly, what would be the point? Every track is a denim n’leather-clad treat – especially the superb Tyrant King – built by incorrigible metalheads for incorrigible metalheads. If you’ve worshipped at the altar of Dio and Kilmister for as long as I have, this is an essential purchase. And even if you’re not quite so, shall we say, committed –  if you just like heavy metal as it should be made – loud, proud and barnstormingly melodic – then this is an album you’ll enjoy from start to finish, and then some.

Brotherhood of Metal is released on June 7th.