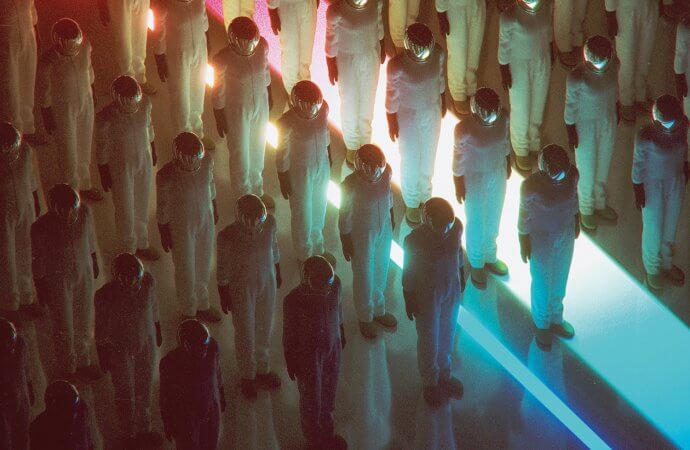 Melbournian progressives Teramaze are back with a new album – their fourth – and blow me if they haven’t released what could be a career-defining record.

Of course, progressive rock and metal is all about, well, progressing, so the band probably won’t take my assessment of Are We Soldiers to be the summation and indeed summit of their art particularly well, especially if they plan on releasing anything else under the ‘Maze moniker in the future, but you know what I mean. Maybe I should cut my losses and just proclaim this to be their finest piece of work to date. I dunno.

What I do know is that once you’ve come into contact with AWS once it won’t be the last time you find yourself slipping it in to your music delivery unit of choice. Not just because the songs are so moreish you’ll find yourself aping one of those vomit-loving Roman trenchermen as you return to the trough again and again to gorge yourself on the aural delights, but also because every damn one of them is so multi-faceted it would be a full-time job just sitting down and familiarising yourself with all the grandeur being laid out before your ears. On first listen, for instance, the album’s single/video Weight of Humanity is obviously going to grab you by the scruff of the ears and demand attention. Yet, by turn, on repeat plays, you’ll find yourself wondering how you might have overlooked the sumptuous charms of the quite superb Control Conquer Collide. And then there’s the quite scintillating lead work on Orwellian Times. But don’t worry. You’re going to be spending a lot of time with this record, and you’ll manage to sort out your priorities over time. (Listener’s Guide: They’re all brilliant.)

Monsters carries a heady mix of Toto and Dream Theater, returning vocalist Brett Rerekura’s more melodically assured approach reaping dividends on the at times quite poppy choruses than his predecessor Nathan Peachey (good though he was) might have been.

But if Rerekura is the returning hero, stoic band founder and guitarist extraordinaire Dean Wells is the man of the match. His playing – especially his crystalline, fluid and explosive lead work – guilds every track with the mercurial touch of the truly gifted, but you don’t have to be ‘just’ a shredhead to appreciate his massive contributions throughout. It’s a World Class performance, nothing more and certainly nothing less.

At the end of the day, releases like Are We Soldiers are flooding the marketplace at an alarming rate. But few this year will manage to hold the attention, and demand repeated listens, as much as this album. And as such, it’s a must-have release. Go to it!

Are We Soldiers is out now.