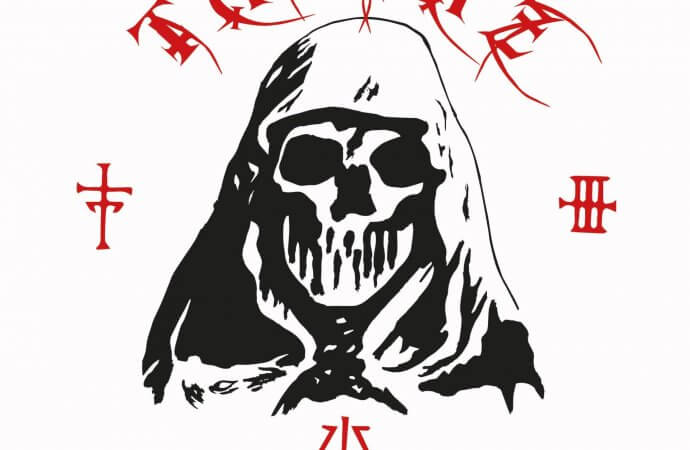 Lengthy in gestation, short in duration... but not bad all the same!

Uppsala natives Taiwaz have remarkably been around in some form or another since 1985; I say remarkable because this is only the second release they’ve managed to get out in that time! And when you notice that this record only has six tracks and clocks in at a breath over half an hour, words like ‘prolific’ or ‘fecund’ are safely tucked back into the lexicon for use on another day.

The six tracks they have managed to birth aren’t bad; There’s the odd hint of fellow Swedes Grand Magus when the band hits full speed (a rare occasion), but for the most part it’s the whiff of the NWoBHM that hangs heaviest in the nostrils. Sparse, yet claustrophobic production adds an airless and oppressive feel to proceedings, with the Sabbath-meets-Alice Cooper grand guignol of Why in particular having a particularly authentic ring to it.

Elsewhere the excellent In The Dead of the Night harks back to names like Witchfynde, or perhaps a less-heavy take on early Candlemass, Or maybe Trouble. You get the picture.

Vocaliser Urban Ferm also runs a nice line in blackhearted bass rumbling, and works well in tandem with Daniel Aljaderi Roos, a newish addition to the band on the drums. Roos is in as a replacement for former drummer Fredrik Jansson Punkka, who, as if to further bolster Taiwaz’ doom credentials, now occupies the drum throne for the revitalised Angel Witch!

Robert and Daniel Johansson mesh together well on the Mercyful Fateish opener Dark Season, laying down the heavy riffs with a fair amount of style and panache, but beyond that there’s not much more to add. If you want slick flashiness you’ll be best served looking elsewhere; but lovers of no-nonsence, frill-free ‘proper’ heavy metal will find The Uninvited Guest to be a more than pleasant way to spend half an hour. Is that enough? I’ll have to leave that for you to decide.

The Uninvited Guest is out now.