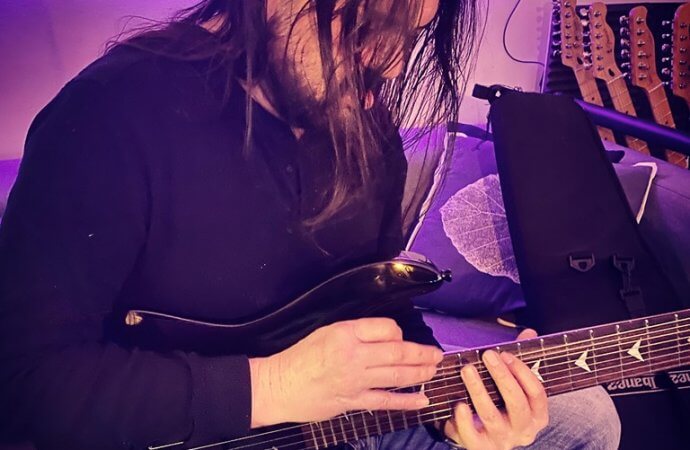 'I believe it’s lifted the band to another level'...

Sentinel Daily is based in Australia’s Capital City, Canberra. For a variety of reasons, the COVID-19 pandemic has left us comparatively untouched in terms of cases and fatalities; Aussie doom-deathsters The Eternal on the other hand, are based in Melbourne, which has suffered heavily at the hands of the virus.

So, after a bit of fat chewing on our respective statuses lockdown-wise, I asked band vocalist/guitarist Mark Kelson just how difficult it has been to put together an album under these circumstances. “Well, as you know we’re working with Jan (Rechberger, drums) from Amorphis at the moment. He’s a bit of a tech-head like myself,  and it was actually good because he wasn’t on tour! Our drummer had to take a leave of absence; I’d met Jan when we toured with Amorphis in Australia in 2013, but we became friends in 2014 when I went to the Loudpark festival in Japan to see them. To cut a long story short, we were on tour in Europe last year and spent some time hanging out with him at his studio, and he said we could record there whenever we liked. In January I sent him an email and asked if he fancied playing some drums.  He was like ‘fuck yeah!’. So we sent him the songs over, which he learned whilst recording his parts. That was pretty phenomenal as some of those songs are twelve minutes long! But because he’s an engineer and a producer as well it really took off, and we were able to navigate this album recording process through avid cloud collaboration and things like that. He’s a guy who doesn’t do anything half arsed. He basically came on board as co-producer with me and Richie (Poate, guitars); he obviously knows a lot of cool people and so some of them will be appearing as guests on the record. So all in all it hasn’t been too difficult, actually. The drum tracks are all finished, and we co-wrote an additional song for the album with Jan, which was his idea. We’ve also co-written a song with Jaani Peuhu, the keyboard player from Swallow The Sun; he acted as vocal producer and co-wrote the vocal melodies on the track we wrote with him. It’s all gone very smoothly. It’s also far beyond the standard of anything we’ve done before – and I thought we were doing pretty good! But it’s been fantastic, and I believe it’s lifted the band to another level”. 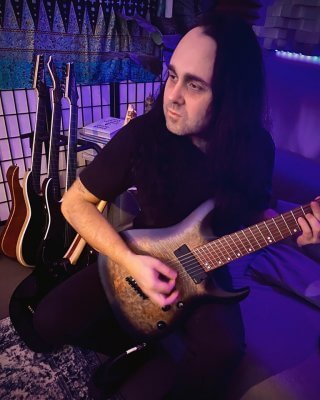 That being the case, and I’m getting quite excited just listening to you, when can we expect to hear something from it? “There’s still a lot to do. I’ve just started tracking the rhythm guitars now, and we’re going to take it slowly and very seriously. The thing that put it in perspective was when we got these files back from Jan. He’s going to be involved every step of the way, and all of a sudden we felt under a bit of pressure! Our last album (2018’s Waiting For The Endless Dawn, which reached number four in our top Aussie albums of that year rundown) was pretty well received, but we feel this is an opportunity for us to really step up. I don’t think we’ll see anything released until next year. But on top of what we’ve already done Tomi Joutsen from Amorphis has added some death vocals and Kreator‘s Sami Yli-Sirniö has played some sitar. Martin Powell, who has played keyboards on several of our albums is locked down over in England working on keyboard parts – It’s all coming together. We had a goal to be finished by December but I’m not one hundred per cent sure that will be the case”.

How are you going to get this all-star lineup out on the road when touring starts up again? “Well, Martin doesn’t really play live any more, he prefers not to. But Jan has said he would like to play live with us. As I said we did do a European tour last year, but it was a club tour, and we really feel like we need to get onto a bigger tour when the album comes out. Obviously it doesn’t hurt having someone on the team that is well connected in Europe to help us maybe step up our game a little. The goal is to step up our touring game in Europe a little. We really feel what we’re doing is really beyond anything else we’ve done and we need to get the most out of the opportunity”.

So it’s fair to say you are excited with the way things are turning out for The Eternal at the moment? “I’ve got to tell you I’m feeling very positive about the way things are going.  It’s just unexpected! I feel like the last album was ‘finding the path’ but this one is very focussed, more proggy, and not as slow. We’ve produced ourselves for the past few records so to have someone who has worked with people like Jens Bogren saying ‘cut this, you don’t need this’ was at first a bit… ‘OK buddy, you’ve got an opinion!’ (laughs) – but those opinions are valid and we’ve gone on to have a lot of zoom meetings about arrangements and what have you because Jan is really keen for this to be as good as it can be. I really feel this is a chance to shift the band on from where it’s been for the past few albums”. 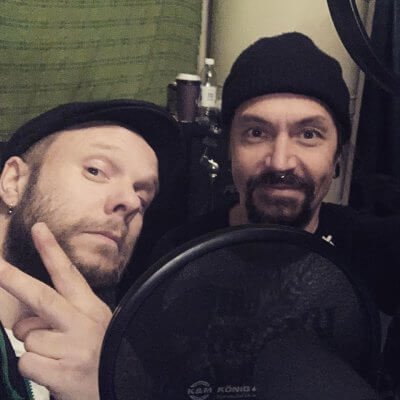