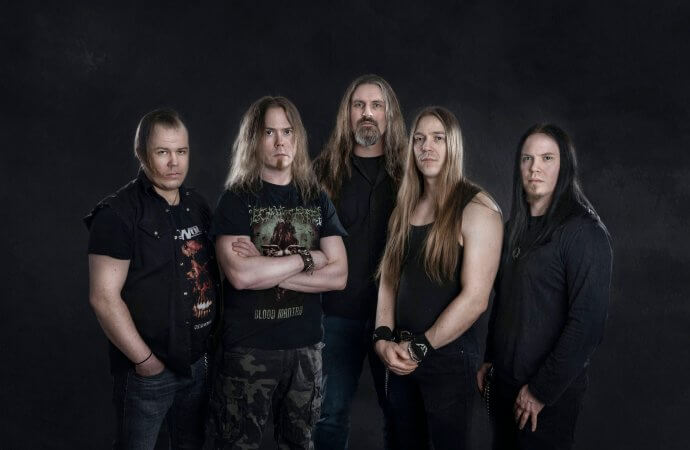 Finnish extreme metal band Soulwound is set to release their third studio album, The Suffering, on September 11th 2020 via Inverse Records. A new single and music video – Pleasures – was released this week.

Watch music video for Pleasures below!

Drummer Janne Huusari comments: “Whereas the first single Waste of Life was a fast and intense beatdown, Pleasures serves as a counterbalance to that and represents the slower and heavier side of the album. Mikko (Huusari, guitars) wrote and demoed an almost complete song, which we hammered and refined together into its final form. The working title, Pantura, indicates what the starting point was, but with its weird guitar harmonies, the final song ended up sounding like something else altogether. The lyrics deal with humanity’s most unsavoury of pleasures and how the dark side of the internet enables even the sickest of sick fucks to quickly and easily access and share whatever it is that makes them tick. The video is based on the same premise: monsters are not hiding under your bed, but walking among us and staring at you in the mirror.”

The album is engineered, mixed and mastered by Saku Moilanen at Deep Noise Studios.

Track list:
Waste of Life
Ritual Cleansing
Pleasures
The Cult of I
Enter the Hivemind
Meat Puppets
Error in the System
This Hatred
Apex Parasite
Death of the Sun