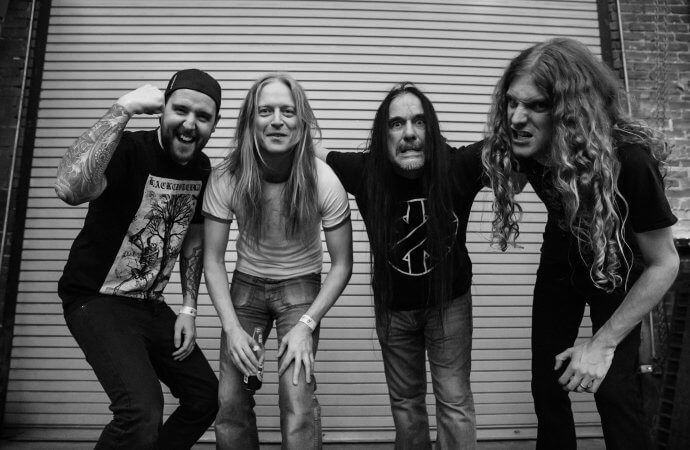 Slayfest is proud to announce it’s returning in 2020 to Perth’s Capitol and Amplifier venues to deliver another massive night of rock’n’roll brutality for heavy music fans in the west, and the first line-up announcement is here!

Headlining the 2020 event will be the undeniable legends and forefathers of grindcore, Carcass! With over thirty years of developing and crafting their sound to what it is today, releasing several classic albums in that time and changing the trajectory of extreme metal with each consecutive release. Whether it was inventing goregrind (Reek of Putrefaction and Symphonies of
Sickness) or creating the template for melodic death metal (Heartwork), Carcass has always made records by which bars were set and rules were broken.

Joining Carcass in the first line-up announcement, and primed to deliver sets of total slayhem will be the triumphant return of Perth metal legends Black Steel, Infected and Plague who are all reuniting for Slayfest in 2020, plus Adelaide’s thrash/death metallers Truth Corroded and the local brigade of Battlesword Steelmaster, Dethlahem and 9 Foot Super Soldier.

Plus – Perth Metal Club Hornography will be firing up the Karaoke Thunder Dungeon upstairs in Capitol for punters to unleash the vocal demons within with a selection of metal favourites and classics on hand to bring out the inner
rock star.

plus the HORNOGRAPHY “KARAOKE THUNDER DUNGEON”
+ more to be announced!

Tickets On Sale 9am Thursday 5 December 2019 from OZTIX