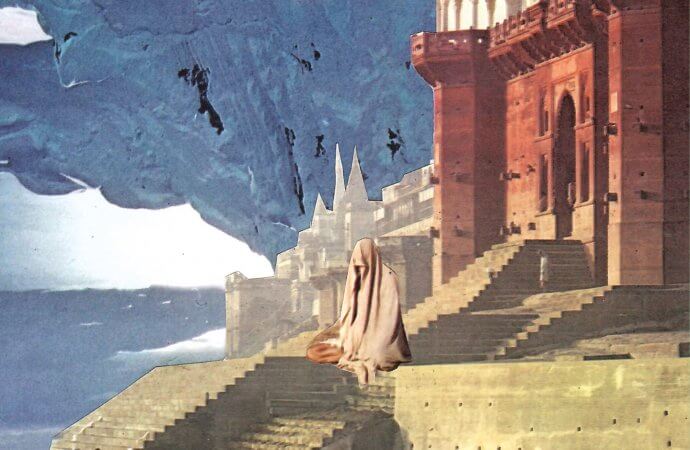 The problem with having a vocalist of such renown as Tomi Joutsen (for it is he who is the vocal prime mover of Sinsthra) is that his immediately recognisable vocals are, well… just that. If you know the man for his work within the sonic framework of Suomi giants Amorphis then you could of course be forgiven for thinking that Sinisthra – who he’s actually been with a whole lot longer than Amorphis – will sound like nothing so much as a little league version of the singer’s ‘day job’.

And, mid way through album opener Eterne, you’d probably be patting yourself on the back and congratulating yourself on your superb perspicacity. Because Eterne does sound more than a little like Amorphis. But after that, over the course of the other five tracks on this excellent record, both Joutsen and his accomplices display a marvellous musical and stylistic agility that enables them to take on more or less any style of metal and rock and emerge victorious.

There’s a jaw-dropping moment about mid way through second song Closely Guarded Distance, where the band ease the listener gently out of the sturm und drang of it’s on-the-surface workaday Euro metal grind and deposits them in what appears to be a Marillion outtake from around 1983’s Script For A Jester’s Tear; It’s an impressive piece of sleight of hand, and, if you’re a fan of Fish and company from way back then you’ll feel a seismic shiver run up and down your spine with the sheer delight and surprise at what you’re witnessing. That the song then rebuilds itself into a crashing finale that modern day Paradise Lost would be proud of reinforces the feeling that Sinisthra can do just about anything they like within the broad church that is prog rock/metal and pull it off. If you’re already on the hunt for ‘songs of the year’ then this is a worthy candidate.

But that’s not even the best track on the record. Next track Halfway To Somewhere Else takes that particular award; a wearied yet uplifting sonic drift, the song ebbs and flows gently, relying on the strong melodies conjured up by Joutsen to provide a hook for the ear to catch on to the song, accompanied by simple atmospherics from Timo Vainio’s shimmering keys and a sparse mixture of Markku Mäkinen (guitars), Erkki Virta (drums) and the bass of Janne Telén; Mäkinen takes the song home with a superb solo (again with more than a hint of Marillion coming to the fore), and if you’re familiar with Swedish progressives Wolverine you’ll know where Sinisthra are coming from with this classy number.

Morningfrail continues in a similar, if somewhat more strident, manner, with Joutsen’s superb vocals again leading the way, whilst Safe In The Arms Of Everlasting Now recedes initially into pleasant reverie before the band crash once more into a rousing chorus that jolts the listener into action with a violent mixture of crashing chords and percussive aggression. But inevitably the storm blows itself out, returning to the familiar format as Joutsen croons over a tautly drawn but sparing backdrop. Mäkinen makes his mark again right at the end as the song segues into gentle closer Ephemeral, which eases the listener back to ground level via a mixture of vocal samples and tasteful guitar figures. It’s a nice way to end the album, and certainly leaves the listener wanting to go back to the start and do it all again. There’s a superb breadth of ambition to be found here, and in opening themselves up fully to every influence Sinisthra have also widened their potential to appeal to a wider audience exponentially.

So, not really much like Amorphis at all, then…

The Broad And Beaten Way is out today (May 15th) on Rockshots Records.