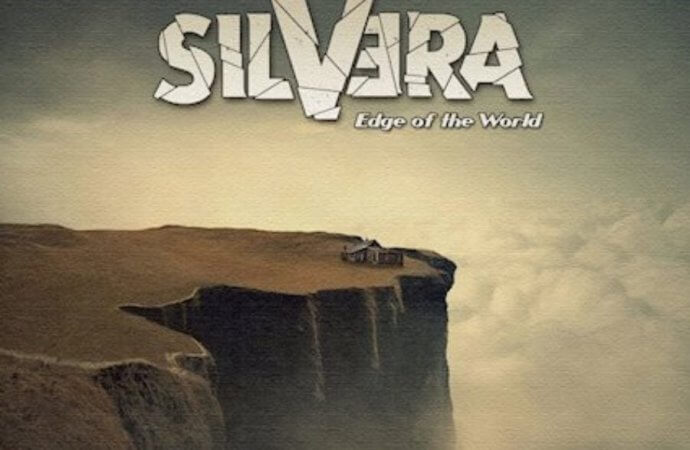 By today’s standards, Danish radio rockers Silvera are superstars, with their various releases to date having already amassed over a million plays on Spotify and counting. The job isn’t over though, and they should think carefully before blowing their 7 grand of royalties as there’s still a real world full of people like you and I to conquer with their new album Edge of The World...

I’m jesting of course, but it’s no real surprise that Silvera have proven a hit with the digital generation with their uber-sleek, dare I say it airbrushed take on the 2020 version of heavy rock. They’ve got an ear for a hook (have a listen to the so-catchy-they-might-name-a-pandemic-after-it pop metal of No Air for proof) and in Michael Krogh they’ve got the sort of chiselled frontman the ladies just love to admire. He’s got a decent set of pipes on him too, lifting more mundane material like Something Else  or Everything We Are (which features a duet with Kobra Paige of Kobra and the Lotus fame) to the next level by sheer warble power alone. A star in the making for sure.

Simon Nilsson Krabbesmark is no slouch on guitar, either, adding some real firepower when things look like tipping too far over into pop territory (closing track Promise in particular benefits from some fleet-fingered fretwork), and his general issue riffage (he shares the six string workload with Krogh) is of a pleasingly high standard throughout.

The title track is a little melodramatic for it’s own good, a bombastic yet essentially empty mix of Pearl Jam and Creed (not a combination I’m particularly enamoured with, I have to say), but for the most part Silvera rein in the indulgence, settling instead for the likes of the excellent Filling The Void, where the mix of heavy riffage and earworm melody delivers highly enough on both counts to keep hardened rockers and people of more polite sensibility connected with the track at all times. That’s not a bad trick to be able to pull off, and there’s plenty to come in the future from these boys I’m sure if they keep tweaking their formula going forward.

Edge of the World releases on October 16th.