Seven Strait – Rise From The Ashes (Own Label) 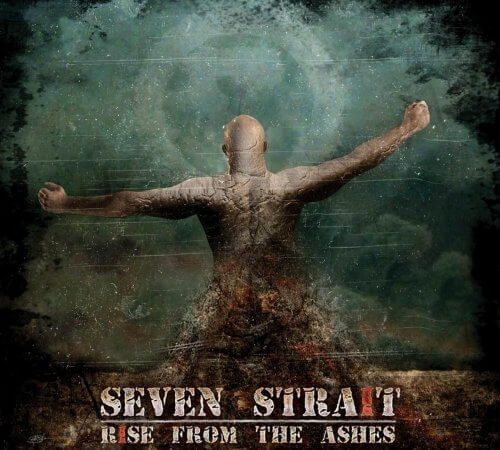 If you have an ear for the sort of music made by Slash in solo mode, or by extension Alter Bridge or Myles Kennedy, then there’s a pretty big chance you’ll be keen to familiarise yourself with the work of Canadian/Swedish trio Seven Strait; It’s right up your alley.

The opening brace of tracks, All Day Long and Let It Bleed are pretty much A+ examples of modern arena rock; Glossy, sleek guitars, thunderous drums and the sort of post-Bon Jovi choruses Nickelback and Doughtry were laughed at for writing but somehow now are just ‘normal’ in this kind of music. The former track of the two mentioned sets the Seven Strait scene nicely, all controlled bombast and hints of import, the second more accessible to more polite ears but still a rocker in it’s own way.

The story doesn’t really change much throughout the rest of this short-but-sometimes-sweet LP. Vocalist/songwriter Dustin Penny has a classic modern rock voice and certainly knows his way around a pop/rock tune, even managing to work a bit of George Michael‘s Careless Whisper as a saving measure into the otherwise somewhat overwraught Flatline, whilst lead guitarist Staffan Osterlind is palpably the real deal, offering a selection of searing, Samboraesque solos throughout the record. Hold me down brings the various flavours together nicely, powered by some energetic drumming from Matt O’Rourke.

Back Home adds a pleasant Southern (read: Black Stone Cherry) feel, and the only real misstep is the clunking grunge of Shades of Grey which ends the album and rather spoils the cohesion of what has come before. Nobody’s waiting for the next Wheatus, trust me.

At least half of the Sentinel Daily readership will have stopped listening when I mentioned Doughtry, but there’s a lot of pleasant listening to be had here if your listening tastes are broad enough to put up with a few more ‘modern’ tropes in your diet. Gives this a go – there’s a fair chance you’ll enjoy it.

Rise From The Ashes is out now.