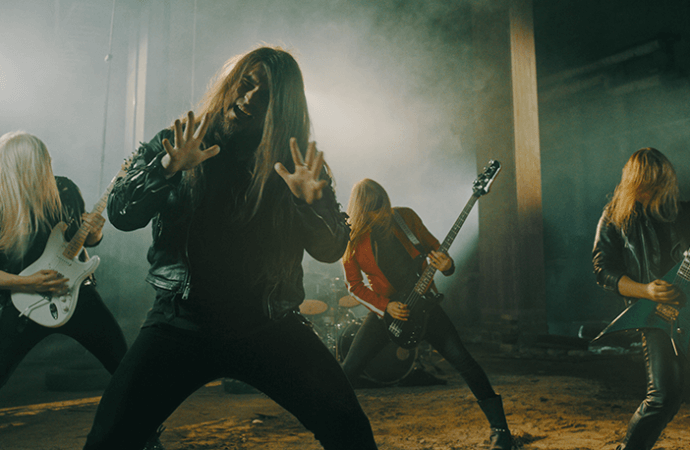 ... With a new video entitled... Juggernaut!

Satan’s Fall, hailing from Helsinki, Finland, recently released the first single with a music video of the track Juggernaut, taken from the upcoming debut album Final Day.
The video was directed by Esa Jussila.

Satan’s Fall shoots for the stars with their debut album – and while stylistically, Final Day harks back to metal’s past with the ante upped on all levels, there’s a musical and lyrical depth to the songs that set these Finns apart from the sad plethora of ironic retro-activists.

The subject matter seems both topical and – in metallic terms – charmingly timeless: “We are dealing with war, depression and the end of the world,” says co-founder Tomi Mäenpää. “When our singer Miika initially heard the music of what was to become the title track, he felt that it had a sombre vibe, but with a glint of hope buried in there. The lyrics, therefore, address mortality and how to push on through all the shit life throws at us – Just take the heat and hold on.”

Eventually, Final Day is a subliminal statement of intent that seduces you into a world of mirrored sunglasses, denim and leather … with a serious twist and surely not the acoustic lather the quintet’s mostly soap-dealing countryman keep creating!

Satan’s Fall are a Finnish heavy metal band formed in early 2015 in city of Helsinki. The band is heavily influenced by the eighties traditional heavy, speed and US power metal.