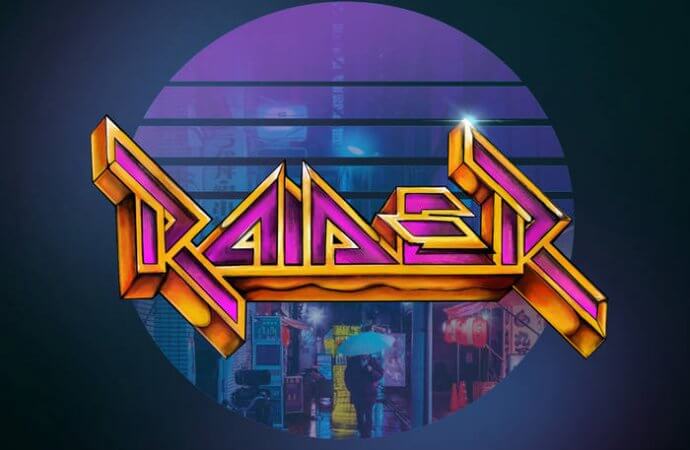 Fun times guaranteed - if eighties metal is your thing...

There’s a point towards the end of the second track on this self-released EP, Boys Will Be Boys, where Raider vocalist Mike Platt lets go of a scream that’ll send shivers up and down your spine if you’re a fan of eighties styled glam metal…

UK readers might recognise Platt as someone who got through to the ‘battle rounds’ of the British version of The Voice, but you really shouldn’t hold that against him as he is certifiably a bona fide rocker if the evidence of this feisty little four tracker is anything to go by.

The trouble is, well… I actually can’t think of any problems as far as Raider are concerned musically. Opening track Tokyo takes prime-time (by which I mean pre-Slippery When Wet) Bon Jovi as it’s major cue, whilst the afore-mentioned Boys Will Be Boys has a major Skid Row vibe. Third track Going Down is more ‘classic’ in feel, underpinned by some massive Hammond organ sounds from keyboarder Aled Evans. Rounding the entertainment out is the excellent Begging For More, which features more sparkling parping from Evans and sounds like a heart -stopping mix of Brummie titans Shy and something off of the first Lionheart album. Or maybe Grand Prix, I can’t decide. Either way it’s rather splendid.

Alun Tomos provides a fine lead guitar presence, whilst his six string partner Marc Campbell locks in tight with rhythm buddies Jon Hood (bass) and drummers Luke Naimi and Steve Eyers (who contribute two songs each – sadly this isn’t an Adam and the Ants-styled percussive freakout situation) to add some welcome muscle to the melody.

The only disappointment if you dig this kinda stuff is that the whole thing is done and dusted in a tick over eighteen minutes, but as an amuse-bouche for potentially bigger and better things from these Welsh blokes in the not-too-distant future Tokyo works just fine. Hats off to all concerned!

Tokyo is out now.