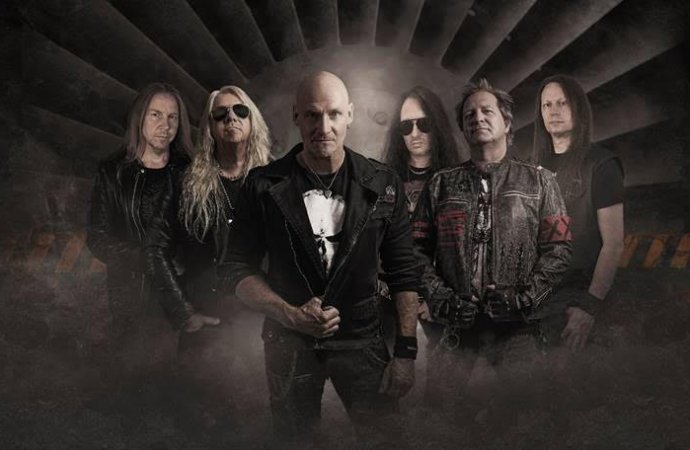 German legends Primal Fear are back in the saddle...

German power metal veterans Primal Fear recently finished the recording of their highly anticipated thirteenth studio album, set to be titled Metal Commando and due for release on July 24th. The title of the album speaks for itself – Metal Commando contains 110% Primal Fear and is full to the brim with their signature power and energy. The band are pleased this week to release the first single from the upcoming album, a typical piece of screaming Primal Fear metal by the name of Along Came The Devil.

You can watch the video for the song below!

The track listing reads as follows:

CD, 2-LP, Digital:
I Am Alive
Along Came The Devil
Halo
Hear Me Calling
The Lost & The Forgotten
My Name Is Fear
I Will Be Gone
Raise Your Fists
Howl Of The Banshee
Afterlife
Infinity

Bassist and producer Mat Sinner comments: Along Came The Devil is an assurance for our fans all over the world, that there are no unnecessary experiments or negative surprises on the new Primal Fear album Metal Commando, and that they’ll get exactly what they’ve been waiting for. Sharp PF riffs, strong vocals, groovy drums and a rich production. Due to the current circumstances, the band couldn’t come together to make a video, so instead we just made the best of the situation and put our energy into a really elaborate lyric video. We hope that you have fun with our new song and video. Crank it up!”

Sentinel Daily‘s own power metal guru Ferry Templeton has been immersing himself in Metal Commando over the past couple of days and has this to say of the new record: “BANGING TUNES ALERT!! The ‘Fear are back and burning with new album Metal Commando, of that there can be no doubt. Back to their crackling, power-packed best in fact!”

Ferry will bring you his full, no-holds-barred opinion on the record in the weeks to come – don’t touch that dial!