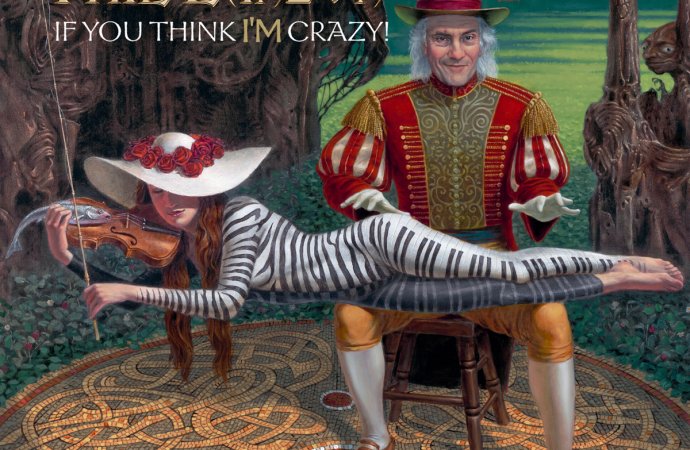 Uriah Heep ivory tinkler Phil Lanzon has stepped away from the day job for just long enough to create a sumptuous, massively ambitious slice of heavily-orchestrated rock n’roll that will have fans of seventies pomp rock absolutely salivating at the thrill of it all.

Opening up with the devastatingly good Mind Over Matter, which brings together hints of Brit AORsters Dare with more cerebral names like Supertramp, Manfred Mann And Lanzon’s own Grand Prix, the album moves seamlessly through the full gamut of rock and rolling styles, never settling on one for long yet running together in perfect sequence, never leaving the listener feeling disorientated by sudden stylistic twists and turns.

Kelly Gang has a real West End feel to it, kinda like Jeff Wayne’s War of the Worlds transported to the Outback, whilst semi title track I Knew I Was Dreaming is a gargantuan slab of pomp rock nirvana, sometimes bringing Mike and the Mechanics to Mind, at others, especially vocally, the Brian Howe iteration of Bad Company. Lanzon has a quite superb voice – Australian listeners will get the odd whiff of Joe Camilleri about his pipes, whilst, almost imperceptibly but I guess inevitably, the presence of Heep’s own throat Bernie Shaw looms, especially on the laid back country rock of I Saw Two Englands.

The lyrics are a bit preachy at times; Lanzon is at his best when leaving the real world at the studio door and weaving stories like Kelly Gang or the excellent Donna & Joe, or hammering away in Wakemanesque fashion on the keys on the short but sweet Stop Overture, which will have Kansas fans getting lathered up… as will the track which follows it, Lover’s Highway, which is also heavily redolent of Jon Lord’s last solo album.

Donna & Joe is a stupefyingly good track, and if you loved the two Cats in Space albums you’ll be absolutely transported by its six minutes of superbly executed pomp rock. Carolin is not quite so exciting, though pleasant enough, whilst the closing brace of tracks, The Bells and Forest, wind matters up in alternately heavy and ethereal style, the two effectively encapsulating the rest of the album in microcosm.

Phil Lanzon has constructed an incredibly strong, appealing album here, and if you like any or all of the artists I’ve mentioned as comparitives then you’ll lap up every last second of If You Think I’m Crazy. And even if you don’t, why not give the record a go? You might be pleasantly surprised…

If You Think I’m Crazy is out now.