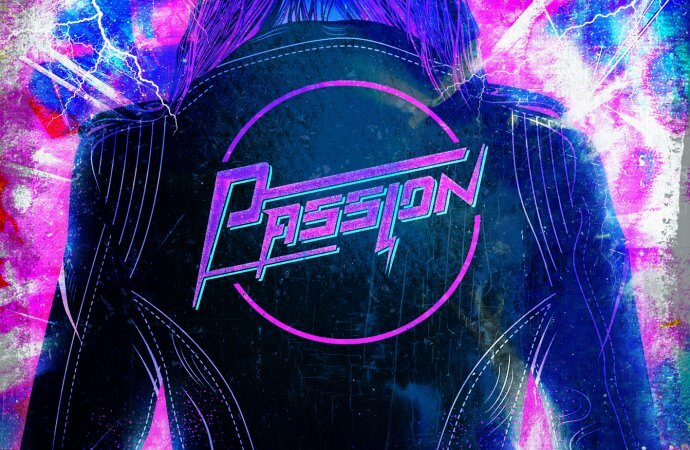 Newby hard rockers that will make you sit up and listen...

Remember Brit hard rockers Night By Night? Then you’ll remember throatsmith Daniel Rossall, who loaned his larynx to the band for a couple of years at the start of the last decade. Well. he’s back in the limelight now, courtesy of his new project Passion.

He’s not called Daniel Rossall anymore – he’s opted to take on the persona of somebody called Lion Ravarez, sensibly, but the voice is still there. And, perhaps more importantly, so are the songs.

Ravarez pretty much played, sang and produced everything here, although a ‘proper’ band has coalesced around him for live work, but the overall sound still has a band feeling about it. Basically Passion runs the whole hard rock gamut, occasionally stopping off for a bit of an AOR breather on the way on tracks like the utterly superb Trespass On Love. But for the most part, from the storming, Dokkenesque strains of opener Intensity, through to the closing stadium-levelling strains of closer Big Game, this is a big, albeit tuneful, bruiser of an album.

Lost In The Dark positively oozes class, with Ravarez proving what a talented bugger he is by adding some gloriously up-front bass playing to the singing and guitaring, and if the Krokus soundalike Back that follows it doesn’t quite hit similar heights it’s not actively stinking the place out, which is a plus in anyone’s book.

Ploughing a similar vein, musically, yet sounding approximately one million times better is the superb, funk-ridden strut of We Do What We Want, which is going to sound like the absolute bomb once it gets on regular rotation at your local rock club. Simple, yes – but simple can be devastating, and not much of substance is left in it’s wake after this track gives it’s local environs a good pummelling…

Whether Passion can make much of a dent on the melodic rock scene remains to be seen; it’s a competitive game and the band are coming from nowhere, but this album proves they’ve got all the tools they need to make some waves. Give them a hand!

Passion is out now.