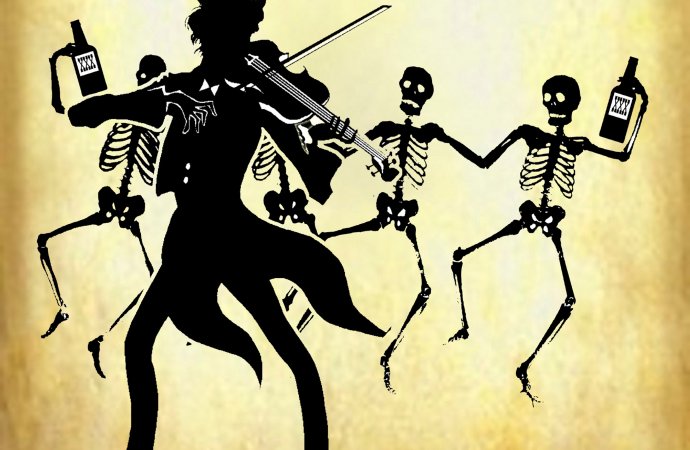 Indianapolis rockers Outlaws & Moonshine deliver a hard take on the sort of country rock you’ll find on Country video channel CMT late on a Friday or Saturday night; though their record company might want to position the band on a bloodline that runs from Lynyrd Skynyrd through Blackfoot to the likes of Black Stone Cherry, there’s just as much Shooter Jennings or Copperhead Road-era Steve Earle in the band’s DNA.

This might make O&M a difficult proposition for more metal-minded readers of Sentinel Daily, but if you don’t mind a bit of twang with your riffage then there’s more than a little to enjoy on Devil… . Ride or Die, the album’s standout track, is superb southern-tinged Southern rock and features a marvellous solo from Mike Back, and whilst Boom might be just pushing things a bit far into pop country territory, it does at least possess the sort of bass drum work that Jakson ‘Thunderfoot’ Spires would have approved of.

Whiskey is the most overtly ‘southern’ track on offer, opening up with some gritty riffage and a nice harmony lead, and featuring some pleasingly gravelly lead vox from Beau Van, but even here the band don’t go for broke with the axe attack, preferring instead to keep things concise and accessible.

Hey Y’All adds some banjo to the bluesy riffs and stadium drums, sounding for all the world like something Big and Rich might have been interested in a few years back, with Back again adding some superb lead work to keep rock fans interested.

Redneck Me isn’t, surprisingly, another Confederate call to arms, rather being a lighters-in-the-air ballad of sorts, but closing track Different Kind of Man gets things back on the rebel track with a slow-building, acoustic led epic which features another nice solo but fails to culminate, sadly, in a squall of duelling axes as the song fades out – if the band really wants to cement it’s Southern rock bona fides then we should have been treated to at least one massive axe wigout, surely?

Still, for all my carping Devil in the Moonshine is an enjoyable record, in part thanks to an absolutely massive production job from Vic Rivera, who has done a, dare I say it, champagne job on what was doubtless more of a beer budget. Grab an earful, and a tinny, crank it up and enjoy.

Devil in the Moonshine will be released through Nemesis Records/Vanity Music Group on November 24th.