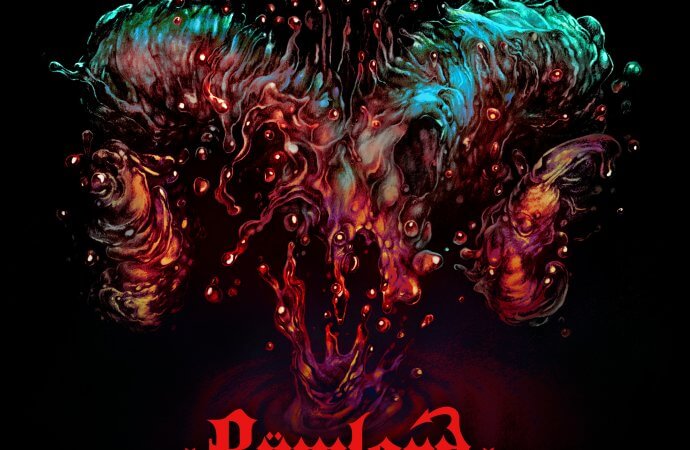 A debut album a decade in the making...

When Jarno Anttila (ex-Belial) decided to step aside from the ranks of Impaled Nazarene after eighteen years of pure mayhem, he started to warm-up an idea about a different kind of band. He joined “his forces” with his old partner-in-crime, Janne Mannonen (YUP). The first “victim” of theirs was Niko Karppinen (Sentenced session-member in 1995, ex-Legenda, ex-Bloodride and ex-Maple Cross). Rämlord started to take its form in the latter part of 2010, and got stronger in the beginning of 2011 when Tommi Kanerva (Maho Neitsyt, Vaasankatu SS, Terveyskeskus, Murheen Laakso and Kostajat), took over the guitar.

Only a vocalist was missing and after hectic searching a friend of theirs recommended they check out Mikko Ojala (ex-MMD), which they did… After a short session the decision was really clear, they’dfound a vocalist and Rämlord was ready to take off towards the new challenges!

The band entered a studio in the Autumn of 2011 and recorded a five track demo in East Sound Studios, Helsinki with Sammy Aaltonen. The music of Rämlord was definitely something different to anything of the members had been doing before. It included elements from traditional rock, eighties heavy metal and black metal which when forged together created a unique sound.

In spring 2014 band entered in SMF-Studios with Sampsa Astala and released their first 7″ single, which included two songs – Evolve to Monster and Mark of Cain – and was mixed by Mikko Karmilla (whose mixing skills had previously been utilised by names like Amorphis, Children of Bodom and Edguy, among others).

The band’s next release was soon ready to take its form in 2015 when Rämlord again closed the doors of SMF-Studios behind them and recorded a self-financed release under eyes of Sampsa Astala, a mini-LP called We Are the Night.

During summer of 2016 the band recorded another 7″-single, Matuska which included this traditional Russian folksong sung in the Russian language… No member of the band understands this particular language but with help of Olga Pugacheva they were able to perform the song with the athmosphere it deserved. The second cut in the single was the never before released track Served Cold.

In 2018 Rämlord inked a deal with Inverse Records and started work on new material for their forthcoming full-length album. During the process the band saw that they needed to take new musical direction, direction which demanded a wider range of vocals, which led to the decision that Mikko Ojala had to leave the band. After months of searching Timo Salmenkivi was hired for the role.

From Dark Waters, the band’s debut album, is the landmark which crystallised the complete change in the band’s sound. Whereas earlier Rämlord had always flirted with black metal influences and harsh sounding vocal grunts, this album is the real game-changer. It perfectly marks the end of an era and points to the birth of another one. With eight tracks of heavy metal mayhem with no barriers when it comes to influences, From Dark Waters is set to release in March 2020 through Inverse Records.

Love of the Damned
Dark Waters
Haunting All over the World
Blindfolded
Chained God
Hell Is Here and Now!
Non Serviam
To the Battle