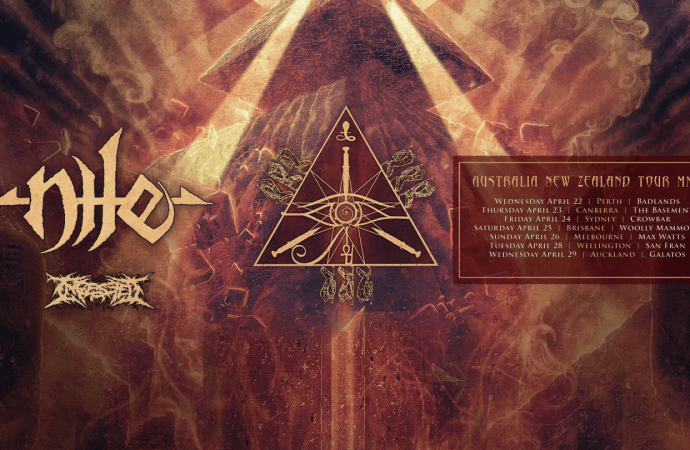 There is death metal and then there is Nile...

Devastatingly uncontestable, Nile’s technical ferocity shows utterly zero signs of diminishing with the new album Vile Nilotic Rites. Containing eleven songs that are as sharp as obsidian blades and as heavy as nine Nubian pyramids, the rulers have instilled a hammer blow of god-like heaviness. The time has surfaced to reacquaint diehard Australian fans with Nile’s Saurian whirlwind and provocative funerary spells.

Emanating from the UK, self-proclaimed Kings of Slam Ingested are forcing their way into Australia for the very first time. With raw and aggressive gutturals, groove-laden guitar work, blistering drums, and slamming hooks, Ingested continues to push the boundaries of international dominance in every direction both on record and in the live arena.

Nile with Ingested performing at: