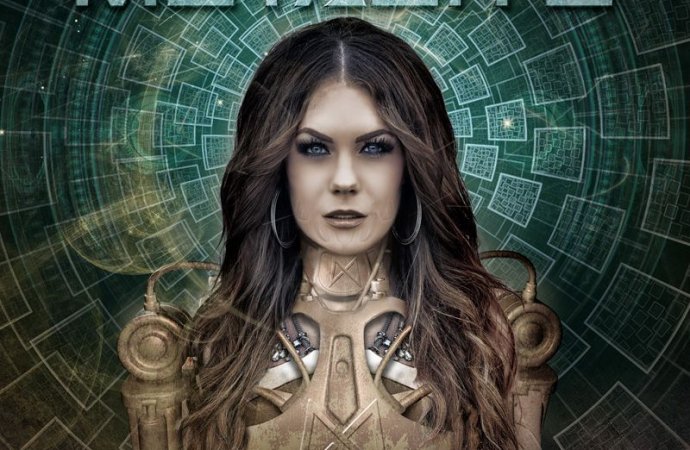 Gavin Strickmann has seen the future of heavy metal...

Whether we who constitute the old guard like it or not, the past is what’s passed, and the present and future are very different beasts. And they belong to other people. Whether they meant to or not, Sweden’s Metalite appear to have stumbled on the sound that is going to ensure heavy metal (or whatever it ends up being called) maintains it’s relevance and popularity deep into the twenty first century. Biomechanicals really does appear to herald the way metal will be played in the future.

That’s not to say what they’re doing is strikingly original – fellow Euro metallers Amaranthe, especially, already have pretty big claims on this form of pop metal – it’s just that, until hearing this album, I myself was not wholly concerned that ‘trance metal’ was unequivocally the way forward.

What changes all that is Metalite’s ability to still stay broadly true to the spirit of what’s gone before. Whilst the big, established players in this field either hint at embracing other musical cultures (Within Temptation) or ignore them completely (Nightwish), most baulk at doing little more than paddling in the future. Biomechanicals goes the whole hog from the outset and embraces the rhythms of EDM as something to be mastered and enhanced rather than feared or despised. Yet they still manage to keep hold of the baby even as the bath water goes gurgling down the drain. Closing track Victory or Death, for instance, retains the spirit of rousing power metal, right down to screaming guitar work and thunderous rhythms, both of which hold their own against the parping synth wash that threatens to break through and dominate elsewhere. Apocalypse also shows stirringly how the old and the new can work surprisingly well when compressed into a well-written tune.

But for all this talk of a brave new metal world, the album’s banging standout, Breakaway, is a power ballad straight outta 1987, right down to the uber melodic (and very whistle-friendly) guitar solo. Mrs Strickmann was very excited by this, not least because vocalist Erica Ohlsson appears to have the sort of voice most singers would sell close relatives to possess. It’s genuinely exciting to hear her handle a song as strong as Breakaway with such aplomb, moving from the r’n’b styles of the song’s opening to the lighters-in-the-air conclusion with the ease of a true great. As the song builds and builds through improbably uplifting key changes and dramatic twists and turns, she handles everything thrown at her with grace and style. If this is indeed the future I want in!

Metalite’s debut album, Heroes In Time, only barely hinted at what was possible for this band – possibly because Ms Ohlsson wasn’t at the mic last time out, possibly not – and the progress they’ve made in two short years is nothing short of stunning. If they maintain this rate of advance, expect World Domination by 2025. You read it here first.

Biomechanicals is released on October 25th.