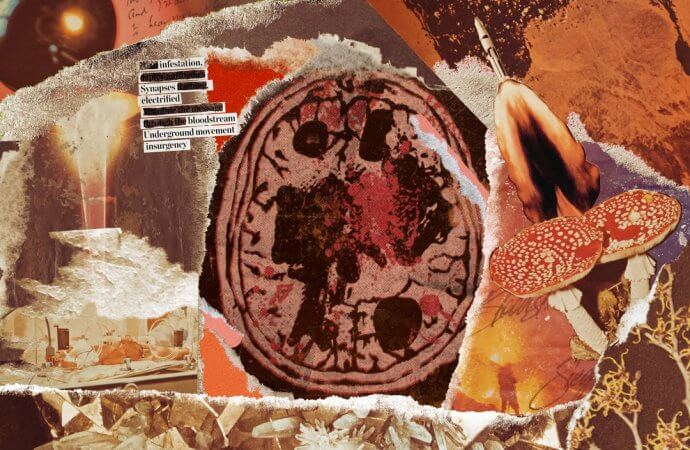 A nice sonic purgative for the musically constipated...

Canberran brutalists Mental Cavity have, horror of horrors, refined their sound a little since the release of their 2017 debut Aneurysm.

I’m joking, sort of. I described that last album as a ‘form of audio-evisceration’, and I’m pleased to report that that’s still Mental Cavity’s stock in trade two years down the line. The title track of new full-length Neuro Siege is a particularly fine example of this, careering from Slayer-circa-Chemical Warfare through Autopsy to Iron Monkey and back in its sub three minute duration with little thought for subtlety or the finer points of listener sensibility. Standout track Searing Wire – an absolute, frothing-at-the-mouth ripper – features more of the same, but elsewhere there are signs that MC recognise the need for a little album-to-album expansion in horizons.

Spoiled, f’rinstance, slows things down to a doom-laden crustfest with added out-of-body weirdness; I’ve no idea what’s going on with the vocals on this track but it’s bloody brilliant, and if this is the exception rather than the rule then it’s still evidential of the recognition that there’s surely more to life – even Mental Cavity’s life – than pure vein-throbbing rage and percussive battery a la Artificial Integration.

Tight and compact – eleven tracks come and go in a tick under thirty three minutes – there’s little or no fat on this album, and even less room for error. But Mental Cavity hit the target time after time, delivering a startlingly efficient death/thrash whirlwind that is as good as anything out there at the minute promising similar sonic thrills. A must-have for kids with noise issues everywhere.

Neuro Siege is out on December 6th.