Lordi: Horror metallians glam it up on new single… 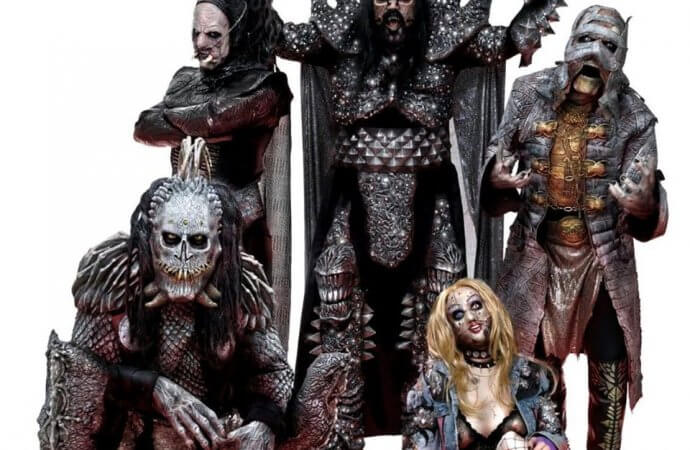 A long lost nugget of eighties hard rock has been reanimated by Mr. Lordi and chums...

Finnish Eurovision veterans Lordi have released a new lyric video, and fans of Kiss are going to want to get an eyeful!

The veterans shock rockers have selected an unreleased song from none other than the Starchild himself, Paul Stanley (written in conjunction with fellow AOR Titan, former Plasmatics guitarist Jean Beauvoir!) entitled Like A Bee To The Honey – take a look at the clip below!

The song that had been collecting dust in Beauvoir’s desk drawer ever since the end of the eighties has now been handed down to Lordi.

“This is a tremendous honour to a band that wouldn’t even exist without Kiss. Simply having the privilege to listen to a song from the eighties that no fan has ever heard before… and then to get to be the artist that brings the song for everyone to hear – it is mind-blowing”, stated band mainman Mr. Lordi on the new single.

Mr. Lordi and the band’s guitarist Amen had been writing songs together with Jean Beauvoir as a trio, and one of these songs, Scream Demon, made its way to the upcoming new Lordi album, Killection, which is set for release through AFM Records on January 31st. It was during these songwriting sessions in Helsinki that the very existence of Like A Bee To The Honey came up: Jean thought the song would fit the new record perfectly, and the band was more than ready to get this rare gem on their album. The song is made even more unique by its saxophone solo – the first one ever in Lordi’s history – performed by the Hanoi Rocks legend Michael Monroe!

This is how Mr. Lordi himself sums it up the upcoming new record: “Killection is a fictional compilation album. It contains songs that Lordi would have written between the early seventies through to the mid nineties. The compilation contains one “brand new” song from 2019 as well, cause that’s somehow always typical for compilations.”