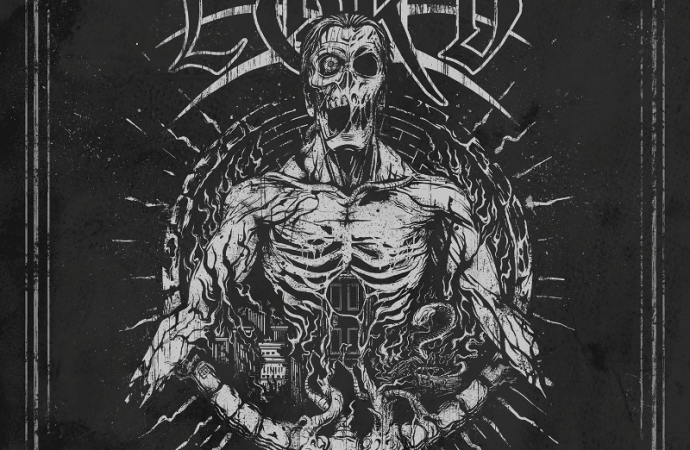 Long-running Aussie metal outfit Lord are back with a very special new release!

Frontman LT explains, “One of the biggest surprises from our last album, Fallen Idols, was the fan reaction to the song Chaos Raining. This definitely set the wheels turning on how we could offer a cool package to the people who enjoy it, which was a bit of a challenge in these current COVID-19 locked down times.”

He continues, “What we decided to do was release this as a limited edition one hundred copy EP, hand numbered, with fantastic artwork by Tristan Tait, which also includes a nine minute plus eighties style Extended Mix of the title track, and a newly written and recorded song called A World Insane which is a real prog/power banger! We’ve all been long fans of Wayne Joyner’s motion graphics work with clips he’s done for Metal Church, Dream Theater and Ayreon, amongst many others. As most people who follow Lord know, I’m usually our video guy but between the lockdown and the amount of work on my plate right now stopping me from getting into the edit suite, this became the perfect opportunity to work with Wayne, who created an incredible lyric clip for the song.”

Chaos Raining will be available as both a digital release and as a bundle that includes a T-shirt featuring the cover art, and a CD that is hand-numbered and limited to one hundred copies only worldwide. Pre-orders are now open via Bandcamp.

Chaos Raining is taken from the 2019 album Fallen Idols which was Lord’s best selling and best reviewed album to date, reaching #20 in the Australian ARIA charts and #2 on the Australian Independent Labels chart, and more importantly, #1 on Sentinel Daily‘s Top Ten Albums of 2019 Rundown, wherein editor Scott Adams said of Chaos Raining: “… this is a band that’s never scared to leaven the tectonics with huge, ocean-sized swathes of tunefulness. The best example of this tactic is the exquisite Chaos Raining, which is set to enter your chart of fave Lord songs at a very high position at first contact purely because of this supremely engineered marriage of muscle and melody”.