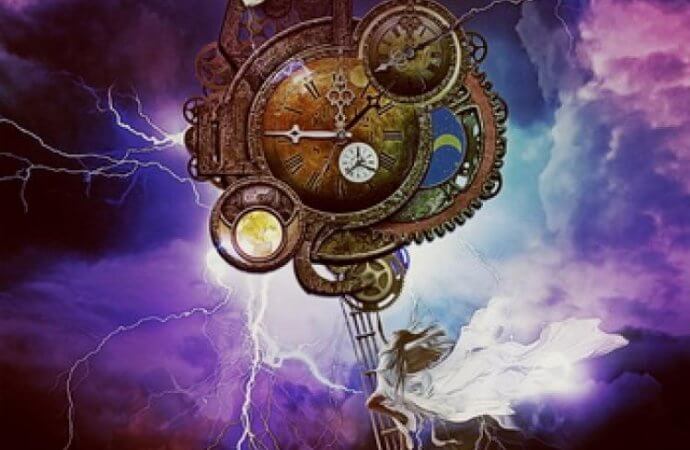 Last time the band released a record – 2017’s A World of Fools – I wasn’t wholly convinced by their ambitious attempt to distil the glories of Toto, Journey et al into a single, nostalgia-packed recorded entity. That didn’t stop the album reaching the nosebleed heights of number fourteen in Sentinel Daily’s top one hundred albums of the year listing, a fact which clearly spurred the lads on to new levels of endeavour to create a follow up worthy of the success of A World of Fools. Which brings us to… Magic Is Alive.

It surely is. On Magic Is Alive everything clicks in absolutely dramatic fashion for Lionville. The key to this is the performance of vocalist Lars Säfsund; I accused him of being a little diffident on that last album, but here the man puts in a performance that can only fairly described as world class. At times (especially on the triumphant radio rock of the title track) his silky tones are reminiscent of Go West vocal colossus Peter Cox, but his showstopping performance on Into The Night is a credit to no-one but the man himself. Some of the notes he hits throughout are utterly spin tingling, but, as ever when lauding a vocalist, it must be noted that the finest voice in the world is but nothing if it’s given rotten songs to sing. And that definitely isn’t the case on Magic Is Alive, as songwriter Stefano Lionetti delivers song after song of high-class melodic hard rock.

As  ever, Toto at their most commercial is the obvious comparison point here as far as general feel goes (Every Little Thing Leads Me Back To You is a dead ringer for that band’s Isolation phase), though Säfsund’s voice often prompts lump-in-the-throat comparisons to Richard Marx in his pomp. Have a listen to the goosebump-inducing ballad Finally You’re With Me for proof if you need it.

Lionville have just about produced the perfect modern AOR album in Magic is Alive. And for that they get my undying thanks and admiration. It’s easy to ape this kind of music, but incredibly different to recreate and cast it in your own image. And that’s what Lionville have done here. Masterful.