Katatonia: Your Chance To Pick Their Set! 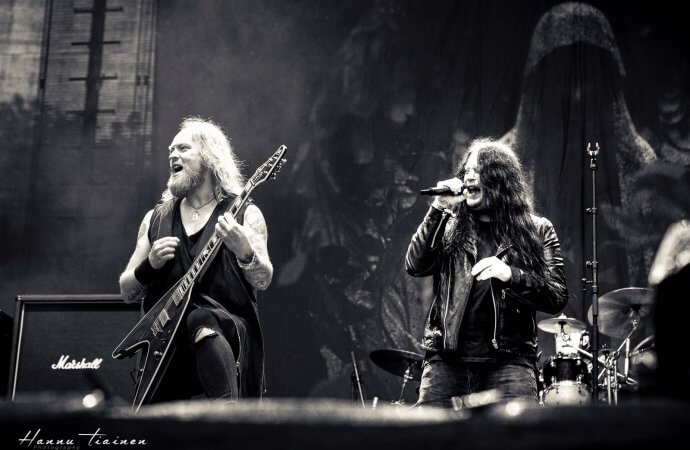 The band is inviting fans to pick their set for the upcoming Prognosis Festival...

The time has finally come for Katatonia to rise from their grave again.

After their one year hiatus until early 2018, the Swedish soldiers of sorrow had previously announced that they were recording their eleventh studio album in the fall of 2019. On the first (Northern) Spring sunbeams of this decade, they will haunt their fans with new music, once again expressing the tears and torments of mortality.

Today, the band is happy to announce that they will play a special “fan voted by request”-set at this year’s Prognosis Festival in Eindhoven.

Taking place at the legendary Effenaar in the Netherlands on March 20th and 21st, the festival is easy to reach for fans all over Europe and the perfect place for a unique Katatonia experience!

Guitarist Anders ‘Blakkheim’ Nyström states:”We’re looking forward to playing Prognosis festival in Eindhoven this spring and for this event we have decided to do things a little differently – a setlist by request! So, to get a shot of putting some of your faves on there, just click the link, scroll through the list, select ten songs and pray others have the same great taste in music as yourself!”

Get your tickets for the festival HERE

Getting into the spirit of this probably never-to-be-repeated event, we gave Sentinel Daily‘s resident Katatonia fan Ferry Templeton the chance to pick the clip to go with this News Piece. And he went for…

Says our redoubtable metal Crusader: “It could easily have been something else, but this is the song that got me in to Katatonia and so will always keep a little piece of my black heart to itself. But really, it doesn’t matter what tracks the fans pick – it’ll be a killer set whatever!”