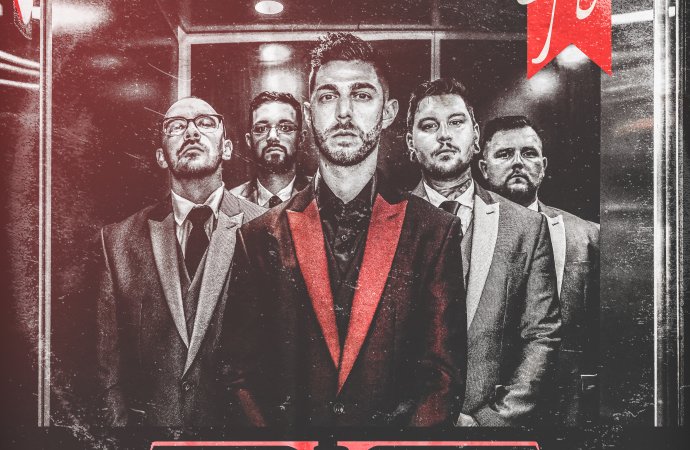 Not entirely convincing, but promising nonetheless...

It’s hard to know what to say about a band like New Jersey’s Huxley. A cynical soul might label them a failed metalcore act (in another life the were called Endless Sacrifice), but I’d suggest that there is enough distance between that band and this to exonerate the band of the charge of wholesale bandwagoneering.

That said, musically where Huxley starts is a million miles away from where Endless Sacrifice ended, so you’d be forgiven for a little suspicion in terms of motive. But we all gotta eat, right? And if a group of musicians identifies they’ve been doing it wrong for a while, who are we to tell them off now they think they’re doing it right?

Now we’ve got that out of the way, it has to be said that vocalist Doug has surely got the chops to make it as a big name in the future. The big, ballsy production on this EP puts him front and centre in every song, and goddamn if he doesn’t eat up the spotlight every time. He’s a star, no doubt about it… The trouble is the material, which, if I’m any judge, is going to fall short of the expectations of the average Sentinel Daily reader.

The band make no bones about aiming straight for the charts with this release; if I knew what ‘active rock’ actually meant I’d guess they’d be good at it… but to these ears, what we’ve got here is basically a heavier, guitared-up Black Stone Cherry – that’s what Regression reminds me of, at least – or maybe a kinda 2019 version of Iowa’s Destrophy, who injected their working man’s screamo with a hint of Bon Jovi back in the day.

I don’t want to sound jaded – closing track We Are is actually pretty great in a little league fight song sorta way- but when a band makes no bones about it’s aims you have to hold them to account. And at this point they don’t quite live up to their ambition. But I’m willing to give them time; they seem to have the eye of the tiger and given a bit of luck they could hit the bullseye. Good luck guys!

Huxley is released on December 13th.